7 o'clock in the morning, the rain in Adelaide makes me very busy when getting on the bus to the airport.

Because of the cold, I make a mistake when I use the self-boarding machine. Fortunately, I could check in at the desk to get my ticket.

Waiting the plane to Alice Spring on the seat, I take more cold madicine and rest.

Before noon, I arrive at Alice Spring and the weather is quite hot and sunny just like the summer.

I wonder how hot it would be if I come here in the real summer.

The Alice Spring airport is a small simple airport, but chracteristic of the local culture.

The patterns on the flags or on the ground are also seen in the aboriginal artworks. The scenery from the airport to the town is different from what I've seen in Australia.

It seems that I come to a new country, a country with big sun and red ground.

Alice Spring is the popular and big town for the tourists coming for Uluru or other attractions in the central Australia. Many tour companies here provide various kinds of tours. I will join the 3-day tour to Uluru tomorrow. Beofre the tour, I would have a hot day looking around Alice Spring.

Alice Spring YHA looks like the resort for there is a pool and chairs in the yard. Except for joining the day tours, you could rent a bike a the YHA for going to the attractions that are far away from the town center. The price is 20 AUD.

In the area lacking of resources, everything is much expensive than other place. I'm thinking of what to do in the afternoon when I change my clothes in the room.

Besides, I also want to cofirm my tour tomorrow directly at the tour office. The Rock Tour office is on the Todd street and not far from the YHA. Since I'm in Alice Spring now, I don't have to spend the money on the phone call.

Other tour companies, restaurants and shops are also on the Todd street.

Except for the tourists, you could also see the aboriginal people on the street.

I find the office soon and confirm the departure time and what I should bring. After the confirmation, I continue walking southward to the aboriginal culture center.

According to the guided book, the center is also on the Todd street.

However, I could not find the center. Why?

I fail to find the culture center and thus I decide to go to the reptile center first.

The signboard outside the building tells you clearly that they have two kinds of aninals: snack and lizard. In the reception, I'm a little scared by the python lying on the staff's shoulders.

Of course, if you like snacks, you could try it but I don't like the sleek skin of snacks.

The admission is 12 AUD and then the staff will give you a small guided map.

I see a representative aboriginal artwork in the office. Th red one with foot is for sure the lizard and the yellow one is the snack. The aboriginal people are displayed in a concrete way. As for the circles and lines formed by the dots, I don't know what they mean, but I'm sure that these dots and patterns are also the feature of the aboriginal artwork. Behind the glass door, Spencer's Goanna is on the floor very closed to the door.

This spencer should be the star of the reptite center and is the only one lizard that are not enclosed.

My friend calls him Lizard Boy.

The lizard boy doesn't seem to move frequently, so you could try to touch him. Of course, lizard boy is friendly and doesn't bite people (I'm not quite sure).

In the first zone, I also see many kinds of snacks and lizards. It's very impressive! I've never seen so many reptiles in the zoo.

By the way, there is an awful wood with lots of snack skins. Oh, my godness. That is too horibble! Because there are so many reptiles, it's not an easy job to know all of them.

In the article below, I choose some special lizards I like and make a simple introduction of them.

Basically, there are nearly 3800 kinds of lizards in the world.

Due to so many species, it's not easy to distinguish the unknown lizard only according to the look.

Anyway, I only find the information of the lizards I choose. Some information is provided by the staff of Reptile Center.

Spencer's Goanna should be most impressive lizard to me.

Spencer is one spieces of Monitor lizard and distributed in the central Queensland and Northern Territory.

They eat everything included small snacks, lizards and etc.

Because they live in the black soil plains without trees, they are the only one Monitor lizard that are afraid of heights and could not climb.

When they are threatened, they will hiss loudly and whip with their strong tail.

So, you could touch the Lizard Boy in the reptile center but do not try to scare him, or no one could not promise that he won't bite you or attack you with his tail. Another Monitor lizard that catches my eyes is the Perentie.

Except for their huge body, the most distinctive feature is the circle patterns on the body.

Their patterns are also highly related to the aboriginal totemic culture.

They are also the food to aboriginals and could be used in the medical purpose.

However, Perentie is shy and the region they live is remote to the human habitation, therefore, they are not found easily. If there is a typical image of lizards, Central Bearded Dragon should be the one in my mind.

Central Bearded Drangon lives in the semi-arid area of Australia.

They are common and popular as the pets and exhibited in the zoo.

The colors of Central Bearded Dragon could be various (brown, grey, reddish-brown, red, yellow, white, orange and green). Besides, they could regulate their temperature by changing the shade of their color.

The main feature of central bearded dragon is their scales around the throat, neck and head. There are many narrow spins that runs the side of the body from head to tail.

Because the color around the neck and chin is much darker than the rest and the spins also make the projection, these characteristics are quite similar to human's beard. That's why they are called Bearded Dragon.

When they feel threatened, they will flatten the body on the ground, puff off the spinny throad and open the jaw to make them appear larger.

The central bearded dragon also has strong legs as other agamid lizards and they could run with their body off the ground. This behavior is the way they reduce the heat from the ground and the increase of the air blowing through their body also help decreasing the heat. Thorny Devil is an Australan lizard. The colors of brown and tan are protective when they live in the desert area. They also could change the shade of the color to reguate temperature.

Compared with the lizards above, they are small and about 20 cm in length.

The conical spins look like the armor and there is a false-head on the back of the head. When they encounter the predator, they will show the false-head.

Besides, the spins form the ridge strcture and this strcture helps them collecting water from any part of the body in the arid desert. Frill-necked Lizard is a fun lizard I think for his frill around the neck.

When frill-necked lizard gets threatened, they will open the jaw and flare out the frill as well.

Because frill-necked lizard is also a member of agamid family, they could run with strong legs. They have a very long tail and the colors from gray to reddish-brown.

They could run very fast with their back legs.

For me, this lizard is cute in the look and the white line on the back is recognizable. Darwin Northern Bluetongue Lizard has beautiful patterns with black and red on the back.

The tongue is blue as implied by the name.

They are the biggest and heaviest in bluetongue lizard family.

Darwin Northern Bluetongue Lizard has became rare because of the Cane toads causing lots of death. This lizard is also the Blue-tongued Lizards but comes from West Australia.

Though the outside look is different from Darwin Northern Bluetongue Lizard, they both have the blue tongue. If you don't like photograph through the glass, the second zone will be good for you.

The lizards in the second zone are also enclosed but just surrounded by the walls.

Finally, the Saltwater Crocodile, Terry, lives in the pool as your last visit in the center.

Saltwater Crocodile is the largest crocodile.

You could watch him through the window under the water surface.

In Northern Territory, there are lots of crocodiles and the trip may tell you how to fish the crocodile with meat.

Of course, that is not a true fishing but attracts the crocodile jumping out of the water.

Besides, Steve Irwin is also a famous person related to the crocodile. After the interesting visit in the reptile center, I search the aboriginal culture center again.

In order to make sure that my information is correct, I go to the tourists center for the map.

There is a big map in the right side of the entrance. Most of the attractions in Alice Spring could be found here.

Inside the center, they also provide detailed maps nearby Alice Spring.

Except for the location of culture center, I buy some postcards and stamps here.

By the way, the trash can outside the center is characteristic of the aboriginal culture. Walking along Todd street, I'm sure that the culture center should be around the place I search before.

"125 Todd St, Alice Springs" is the address in the guided book, but it seems to be pointless for there is no number plate beside the door.

I search on Todd street for a long time but I still don't find it.

It's really a strange thing! (There must be a ghost blocking my way~~)

Finally, I give up finding the culture center and go back to the hostel.

P.S: When I went home, I searched the location on the google map. The culture is located at the corner of Todd street and Stuart Tce just as shown in the image below (Point A).

It's really strange why did I find it at that time.

With the street view, I finally find the culture center which looks like the shop and may be closed on the day I visited. Before evening, I buy some ingredients in the supermarket, included the mince, tomato, choy and two pears.

Though I don't have to prepare the meals in the next three days, I really want to enjoy a big meal today.

When I walk back to the hostel, I see a very strange scene.

The clouds in the evening look like dusts. It's quite strange to watch the sunset with strange clouds.

At the hostel, I prepare the rich spagetti as my dinner, and maybe that could be my breakfast and lunch tomorrow.

Tomorrow, the tour to Uluru is coming. That would be a great trip! 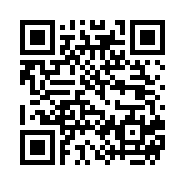