Coming back to Copenhagen, I don't adapt to the warm condition.

There is no cold wind and the surroundings are all the buildings.

Because I've visit some of the attractions in the city, I decide to go to Frederiksborg in Hillerød by train.

Lots of bicycles park nearby the station. That is admirable. Taking the train from Copenhagen to Hillerød, you have to wait for the S-tog train at platform 9 or 10.

It takes about forty minutes to arrive at Hillerød station and the price is 108 DKK for 9 zones.

You may find these special items in the cabin that are used for fixing the bikes so that the riders don't have to look after their bike during the trip.

Compared with this friendly environment, the environment for bikes in Taiwan is still waiting to be upgraded. The bus fare is 24 DKK for one trip but you could also consider walking to the slot for about thirty minutes.

The Frederiksborg Slot is really better than other slots in the Copenhagen city.

Well, that is the palace in my concept though this slot may not be the most spectacular.

Walking around the lake, the slot looks beautiful.

Due to the opening hour of the museum, if you come here before 10am, the park would be nice place. Frederiksborg, also the Museum of National History now, is a Renaissance castle that was built in the first centuries of the 17th century by the legendary Danish King Christian IV.

In the square, you could hear the music from the charming clock tower.

The admission for the museum is 75 DKK and you will get a guided map.

I store my handbag in the locker. The staff also notices me to put my camera in the front because the pickpockets have been here before.

Besides, they also provide ipods for the audio guide. This museum has a collection of art manufacture ranging from the 1500's until the present.

By touring the musem, you could know the 500-year Danish history illustrated by portraits, history paintings, furniture and decorative art.

The guide map will help you surveying each floor easily and the colors also tell you about the Age of the collections in different areas.

There are lots of badges (or something?) among the staircase.

By the way, the museum provides an elevator for handicapped persons. So, everyone could enjoy a nice trip here. Going upward to the second floor, the first section is the Chapel that dates from the time of Christian IV.

As following the route to other rooms, most of the collections here are all from the period of the first Oldenborg kings, including the furniture, wooden cases, closets, dining utensils, statues and portraits.

The decoration of the Chapel and the main room is spledid with the paintings of angels and goddesses on the ceiling. On the third floor, the most impressive room should be the Great Hall which was reconstructed as it would have appeared in the time of Christian IV.

The paintings, furniture and objects show the magnificence of the early period.

As for forth floor, they display the modern collection of portrsits in the 20th and 21th century with a few history paintings. It takes about two hours to watch all the exhibitions.

Well, I'm not so interested in the detailed history of all the objects.

When I leave from the entrance, lots of tourists come here.

So, it's right to visit here in the morning, or the museum would be very crowded.

Walking along another side of the lake, I really think the outer scenery is better than the splendid collections.

For me, the value of the castle is the beauty of the whole architecture accompanied with the surroundings. Coming back to the Copenhagen city, I get off at the Nørreport station around where you could visit the Rosenborg.

By the way, there is also a park in another direction from the station, many people are enjoying the sunshine on the grass.

Rosenborg is also a public museum with the private collection of the Danish kings including furniture, painting, sculpture and etc.

This castle was originally built as a country summerhouse in 1606 and was opened to the public in 1838.

According to the introduction, you may see the exhibition of the royal insignia including the Crown Jewels in the treasure chamber.

However, the admission is more expensive than Frederiksborg.

I really don't want to visit the museum again, and thus I rest on the blench for a while. My last stop is the Tovoli Gardens in front of the Central station.

Though I'm not interested in the facilities belonging to the children, I just wonder why it is so popular in the Copenhagen city.

In Taiwan, we actually have bigger and better playgrounds than here. Except for the bloom, all the facilities in Tovoli could be classified into three: Entertaining facilities, Restaurants and Performance areas.

The entertainment here is not very special for me. I've also played these facilities since I was a child.

As for the restaurants and performance area, they are designed in different styles, just as the picture above is a Chinese-style area.

Besides, you could find a live peacock nearby.

There are also other Chinese-style restaurants and shops here.

Maybe these Chinese stuffs are more attractive to the tourists in EU. Looking around the whole garden, I only take pictures.

These facilities may be fun, but I'm not a child anymore.

Before I leave Tivoli, I decide to have my dinner in the Japanese restaurant, Wagamama. I love Japanese food, such as Ramen (ラーメン) and Sushi (寿司), and therefore I always prefer to spent some money having a meal in a Japanese restaurant while I travle aboard.

However, the best Japanese restaurant is still in Japan.

Sometimes, the taste is a little strange in the restaurants not in Japan.

I order a Ramen (ラーメン) with beef steak and lots of vegetables, a fried squids and a big cup of cola.

The ramen tastes like the Chinese Ramen with lots of vegetables. However, the soup is too spicy and salty.

It's a pity that the soup should be the main role for a ramen. It means that the guest should be able to drink off the soup with nutrition.

The steaks is special but I prefer the soft sliced prok, Chashu (チャーシュー).

As for the fried squids, it tastes fine but doesn't look like the traditional Japanese tempura, 天ぷら.

Well, you may understand why I say the best Japanese restaurant is in Japan.

These foods are fine, but not the traditional tastes of Japanese foods.

My final day trip in Copenhagen is finished, though I prefer the nature in Greenland more.

Tomorrow, I will fly back to Taiwan.

Oops, I have to worry about my big luggage again ~ Would Air France delivery my muggage correctly this time? 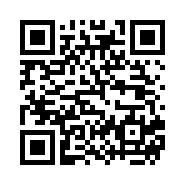