Today is the weekend and also my sixth day in Ilulissat. The time passed quickly.

Someone may think that I arrange too many days in Ilulissat, but I don't like to be in a hurry for every spots.

Travelling should be ease and relaxing without the detailed schedule.

Even you only visit one atrraction in a day, that is still fine.

Thus, I don't have any plan today. Sometimes, no plan is a good plan.

After the breakfast, I walk slowly toward the travel agent office looking for the possible tour I might be interested in.

Suddenly I reminds that I didn't know what the old settlement, Sermemiut, looks like, therefore, I join the short walking tour to Sermemiut in the afternoon.

Anyway, it's a little boring when you always treck alone, and I also want to know more about the nature and the surrounding along the track.

Leaving the office, I go to the museum nearby. Actually, it's an open air museum.

There is an old pit house close to the main buidling.

According to the information board, people in Greenland lived in ths kind of pit houses during the winter until 1950's.

In Greenland, winter lasts from Octorber to May. It's about eight monthes.

The sea ice made hunting to the ice edge for seal and whale easier and it was also easy to travel between the settlements due to the snow.

In the summer, they lived in the tent and move their camp to follow the gane such as seal, trout, ammasat (a kind of fish), bird, caribou / reindeer, whale and etc.

They could collect roots and berries. Summer is the main time for visiting and tradeing journey.

Therefore, the people travelled by a dof sledge in the winter and by the boats, Umiaq and Qayaq, in the summer. "Qamutit" is the word which means Dog Sledge in Inut language.

The dog sledges are designed for travelling through the landscape in the winter.

In different areas, the dog sledges are also a little different.

In Qaanaaq, the northest town in East Greenland, the sledge is long and borad, and dogs are in fan formation. It's for week-long hunting on the sea ice.

As for other settlements in East Greenland, the sledge becomes light and narrow and is dragged by dogs in Nome formation so that it could cross the deep mountain snow.

In North Greenland, the sldge is short and robust dragged by dogs in fan formation. It's used for travelling through mountains and unstable sea ice.

In Ilulissat, fishermem drive their sledges to the Ilulissat Icefiord bringing up to 300 Kg fish back.

Today, the dog sledge is not only for the traditional purposes, but also popular for tourism and for leisure.

However, the sledge is not a suitable for transporting in summer. So, people will drive Umiaq or Qayaq .

"Umiaq" means women's boat because it is rowed by women. It was found in all coastal areas from Siberia to Greenland.

It is for transporting people, belongings and trading between the winter and summer settlements.

Besides, mem would hunt as the family travelled.

Qayaq, or kayak, was built for a man according to his measurement.

The former kayak was made of driftwood and seal skin, and now the kayak is made of lumber and sealed carvas.

Qayaq was only used for hunting in the past, but becomes a sport nowadays.

It's siad that the elder children would pratice balance, strength and harpooning from stone outlined kayaks on land before they get their own kayaks. Let's go on to know about other facilities.

"Alisartup Quia" is fishermen shed. That is used for storing gear for fishing.

The musem is still collecting items with the copperation between museum and fishermen.

These present day collection that is in use could reflect fishermen's perception of their work. Siatsivik is the facility for making train-oil from whale, walrus and seal.

The blubber is boiled and then the train-oil is skimmed.

The oil was used for Europeans lamps until the gas and electricity come into use.

Due to the smell, train-oil factory originally stood at the other side of the harbor. After the short visiting of the museum, I go to the supermarket for some ingredients, access to internet in YH and wash my clothes.

It's not special but I like the feeling just as I really live here.

If there is nothing to do, it's also nice to stay on the bed.

In the afternoon, I go to the office for the tour to Sermemiut.

Actually, I've walk there from the hostel twice, but the car will take us to the start location of the board walk.

The other tourists is a family from Canada, the parents and a baby. So, it's convenient for them by car.

Before going toward the board walk, the guide shows us the old cemetery at the end of the yellow route.

The new one is in the half way to the airport.

He says that Christianity is not the original belief of Inut, so they didn't bury the dead in specific area.

Sometimes, there was only a pile of stones.

Thus you might notice that even the dead was buried in the cemetery, they replaced the tombstone with the stone pile. On the ground, the black berry is a common plant which Inut would collect.

In Iceland, there is also the same black berry around the lava ground in Myvant.

Around the town, this Sermemiut area is quite rich for the nature resources.

The board walk is also for protecting the nature. While we are close to the bay, the guide points to a stick around which the ground looks a little strange.

Is that the heritage? It's only the grass.

Actually, it's the place where Inut built the "Pit House" in the "Pit".

The house was not preserved and the hole is covered with grass now.

It's said that the pit house is warm in winter and also good for watching the game, such as reindeer.

By the way, there was an event about 15 years ago. At that time, the icebergs on the sea were still very huge in summer.

A big iceberg collapsed and caused a big wave that washed everything including tourists and their tents away.

No tourist was found.....It's a mystery. Walking along the board walk, the scenery is also beautiful as I saw a few days ago.

Besides, I could heard the sound made by the crashing ice sometimes.

The weather is quite good and we sit on the picnic table for a warm coffe.

Enjoying the view in the front and chatting with others is not the same as I walk alone. After the tour, it's an important time for watching the final game of Greenland Championship.

Though I didn't watch the sport program in Taiwan as others are crazy for the Olympic 2012.

Since it's coincident to stay at Ilulissat during this special period, I decide to watch for a while and pratice photographing the moving objects. Yes, the players running on the court.

Because it's the final, the surrounding is crowded with lots of people.

My camara chases for the players while they compete for the ball. It's interesting.

When the player kicked a goal, the people will cheer loudly. I watch the game for about 40 minutes and then come back to the hostel for my leisure night.

Except for the expensive price for everything, Ilulissat is my ideal place.

It's a pity that tomorrow will be my last day here. 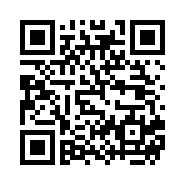