It's raining in the morning when I prepare the breakfast in the kitchen.

I guess the sunny day only appeared yesterday and the weather became rainny and cloudy after I leaved Freyciney. Today is so bad just like someone got cold, and my mood is also bad.

My destination today is going to Bay of Fires which was recommend by many backpackers for its scenery.

The name of Bay of Fires was given by the captain Tobias Furneaux in 1973 who found this bay and saw the fire made by the aboriginals.

The region of Bay of Fires is wide with some white beaches and granite shores. The white sand, Blue sea and red-orange granite compose the beauty of Bay of Fires.

If you have lots of time here, especially in the summer time, it's good to join the hiking and water activities, and camp in one of the campsites.

St. Helens is a town located in the north-eastern area and is the only place for supplement before you visit Benalong bay or bay of fires.

However, the rain is a little big now and I don't want to walk around the town in such a bad weather.

The only thing I do is to collect the information and maps, and then drive to Benalong bay.

When I add the fuel in the station, the staff also greets me for this poor day. Driving alone road C850, it's only 10 km to Benalong Bay. There is a car park close to the beach and a restaurant is opposite to the car park. You won't miss it.

The weather here is much worse than before. My umbrella seems not to be able to resist the strong wind, so I take some photos very quickly and then have a break in the restaurant. I think benalong bay should be a beautiful place. However, the poor weather destroyed my happy moment. I order a soup and a pancake for the lunch, and look at the bay in the balcony of this restaurant.

Besides, there are two great pictures of the beautiful bay of Fires.

Unfortunately, it's impossible for me to see such scenery today.

By the way, one of the picture is marked with the text "Cosy Corner, Bay of Fires". Bay of Fires is not a small bay like wineglass bay, and Cosy Corner is one of the locations in the bay of fires.

Though the weather is bad, I still want to visit bay of fires after I enjoy my ealry lunch. The soup is delicate and the portion is not too much included garlic breads.

You might think that is not enough for a meal if you look at the picture that the soup is put i a big plate, but it's fine with the garlic breads as a appetizer, and you could have some space for other dishes. As for the "Two" pancake with syrup and a scoop of ice cream, it's quite large in portion whether you take it as your breakfast or lunch.

Remember to eat the ice cream first, or your pancake will become wet that the taste is not so nice. About 11 o'clock, I'm ready for visiting bay of fires in the heavy-raining day. I don't have another day for another visiting. Give up or Go on? I choose the later.

Once I give up the only one attraction in the itinerary today, I get nothing in my memoy (and camara).

I drive back on the road I came and turn right at the only corner on the half way.

The road sign is written with "To the gardens" which is the end of this road along the bay of fires.

Bay of fires is in in the area of Mount Pearson State Reserve. There are some branches along the main road to the beaches or campsites, and I also see some dead wallabies on the road.

When I arrive at cozy corner, it's unbelievable that someone camp here in such a bad weather.

I park my car near the entrace to the beach as possible as I could. It's only the raining, but the strom now.

My umbrella is unable to resist the strong wind and rain. For this, I put on my gortext coat as the rain coat.

There is no word that could describe my feeling of taking photos at the beach.

It's pretty terrible to stay here and photographing is also a hard job. You might notice that there is a granite shore not far away from the beach.

I think that should be the location for taking excellent pictures that I saw in the restaurant.

However, at this moment in time, it's not easy and comfortable to take photos just at the beach.

Surveying around here for better photos is almost impossible.

After strugling for some pictures, I run back to my car with wet clothes.

Though the pictures are not so good as I wish, I don't want to stay here any more.

I drive to the northern end of Bay of fires before going to Lauceston.

It's so meaningful to do such a thing, but a feeling of finishing something. Coming back to St.Helens, I drive along road A3 to Launceston.

The road will lead you to the mountain area, and it's not so comfortable and relaxing thing to drive on the mountain road.

I get a rest in the small town Sccotdale after a tiring driving for 101 km.

Sccotsdale seems to be a very small place. Everything you need could be found around the intersection.

I find the washing room near the tourist center. Only one pub opens and the people are few.

Yes, today is Sunday. That's why this town is so sleepy. Continuing the last 63 km to Launceston, the mountain road is still long for me until I get close to Lauceston.

The weather finally becomes good, and due to the interaction of the sunlight and raindrops, it's my first time to watch the double rainbows.

According to the information, the sequence of the colors of the secondary rainbow is contrary to the main.

It's said that the one who see the double rainbow would be very lucky.

I don't know I'm lucky or not. If it's true, please give me a good weather, or it would be very sad to visit Cradle mountain in the horrible weather. Launceston, the second largest city in Tasmania, is located on the hillside that is different from Hobart.

Most of the roads are steep in gradiant when I drive into the city, but the one-ways roads is also the same like Hobart. I don't like the one-way road, and I always feel nervous when I drive in the city with too many one-way roads. That means I have to study the road map first, or I will probably get lost in the streets.

Actually, I've really studied the map of Lauceston before, and I arrive at Lauceston backpackers just according to the studied route.

It's not so interesting to look around the city by car. I would rather park my car here and walk on foot. Launceston backpackers is not one of the YH series. They have their own car park, and you could find other spaces along the street nearby.

The reception is surprised that I come from Taiwan for she have been to Taiwan before.

I watch the guided map and the attractions while waiting for checking in.

Among these attractions in Lauceston, Cataract Gorge is popular for the tourists, but the reception recommends me the Design Museum.

As to other attractions, the park behind Design Museum is special in Australia, because it says: "Watch the Monkeys in the City Park open daily"

What! Monkeys in the city park!

I guess this is the only park in Australia that have monkeys.

The reception says, she knows there are lots of monkeys in Taiwan, and this park and the monkeys should be very common for me.

Yes, it is. There are many monkeys, wild monkeys, in the mountain of Kaohsiung, but I'm still interested in these monkeys in the city park. Because it still rains, I don't go anywhere and cook my dinner in the kitchen.

There is a lovely fat cat watching me cooking. He seems to tell me he wants to eat.

Except for the steak, spagetti is also my favorite food, and the cooking is easy for everyone.

First, cook the noodle in the boiling water. Because it takes time to cook the noodle, it's recommend that you prepare more noodle at once, and you could store them in the plastic box for the meals later.

Second, stir-fry the beef mince or bacon as it becomes medium, and then put the tomato source and the vegetables such as tomato, choy, carrot and etc.

If you cook too many noodle, you could put them in the soup as the noodle soup.

I think the only good thing today is to eat lots of spagetti accompanied with a cat looking at me under the table, and I hope that the weather could be fine tomorrow. 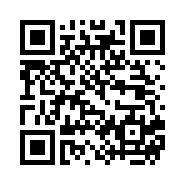