Five o'clock in the morning, I get up because drinking too much water last night.

It's quite cold to walk to the washing room without shoes.

Most of us wake up at about 7 o'clock. While Bob prepare the breakfast, we change the bed sheet and the pillow case by ourselves.

The pancake prepared by Bob is amazingly delicious! It's the five-star pancake I've never tasted before.

I think it would be very popular even in Taiwan. Implied by its name, the rocks are very remarkable and so special that you will never forget.

The rocks were shaped by the erosion of the wind, rain and the sea spray for over 500 million years.

It's said that they look like the semi-abstract artworks of a British sculptor and artist Henry Spencer Moore. The golden orange lichen covered around the rocks makes these Remarkable Rocks much artistic.

I think the scene would be different in different times, angles of viewing, seasons or weathers.

Walking to the biggest dome from the boardwalk, you will find the strange formations. Nearby the dome, if you face to the boardwalk, there is another big rock which is a little similar to Uluru.

The scene composed of the cloud, sea and the rocky shore is also impressive. It would be nice to watch the sunrise here. Since this place is so remarkable, we take some remarkable photos for sure.

Bob is quite crazy for taking pictures for us, and I find a nice one that we stay on the big rock.

As for Bob himself, he climbs to the little Uluru and makes some special poses. Admirals Arch, our next attraction, is famous for the geographic formation. This attraction is also one of the attractions in Flinder Chase National Park as Remarkable Rocks.

More precisely, the name of this place is Cape du Couedic and Admirals Arch is only one of the formation here.

Cape du Couedic is a France name commemorated for Charles Louis who was the France captain and knighted as "Chevalier du Couédic de Kergoaler" by his friend, a France explorer, Nicolas Baudin in 1803. Admirals Arch is reached by walking the boardwalk along the cliff face.

On the way, the shore is also special that were eroded by the sea. For example, a cliff may look like the hude shipwreck by the shore.

Besides, if you carefully, you will find sea-lions lying on the cliff. Compared these sea-lions with others in the Seal Bay, you will also find that they seems to be a little different. The sea-lion here is actually New Zealand fur-seal which is one specie of the sea-lion family. The distinguishable feature of the fur-seal is the dense underfur. When reaching the end of the boardwalk, we see the Admirals Arch.

According to the information on the internet, Admirals Arch is formed by the erosion of weathering and sea.

In Australia, Great Ocean Road is another attraction famous for its geographic formations and these formations are also formed by the erosion.

It's said that Admirals Arch is a good place for watching the sunrise. However, I don't have so many time waiting here. It's a pity. Before going for lunch in the farmhouse, we take a small rest in the tourist center.

It's also out last chance to buy sourveniors and I buy a postcard in which two kangaroos are boxing with each other. I think it's not so common to find boxing kangaroos in the real and therefore this postcard is very priceless for me.

When I learn more about photographing and took many pictures on my own, I could appreciate more the postcards that could not be taken easily. I do not only mail the good postcards to my friend, but also collect lots of postcards for myself. Our lunch today is the toast with hot dog, meat patty, tuna, vegetables and etc.

Anyway, there is no kangaroo on the table this time.

During the rest time, we find the Didgeridoo and try to play it.

Actually, playing Didgeridoo is quite hard and tiring. I don't think that we could sound it for a song or something else.

I search for the information about playing Didgeridoo. It's said that you have to vibrate your lips continuusly to produce the drone. In order to vibrate for a long time, you need a special breathing technique.

When we talk about how to play Didgeridoo, I suddently think of Vuvuzela which is famous in the football games held in south Africa. Though their sounds are different, they are both long and played by blowing.

However, most of the poeple don't like the sound of Vuvuzela. It's a anoying and unpleasant noise and someone even describes the sound as the sound of the goat being killed. In the afternoon, we go to Duck Lagoon searching wild koalas. Duck Lagoon is also a campsite at where you could find the black swans on the lake.

The wild koalas mostly stay on the top of the trees so that they could aviod their enemies.

Therefore, finding wild koalas is not as easy as in the zoo and you have to observe in detail with your Big eyes.

If we are not guided by Bob, I don't think we could find the only three koalas in this wide area.

Besides, though koalas may sleep for over 19 hours per day, they will still move to other trees or places when their food are not available. So, don't feel sad when you fail to find them. You are just not lucky enough. About three o'clock, our two-day trip in Kangaroo Island is finally reaching the end.

It's the time for taking ferry and returning to Adelaide.

Before we arrive at Penneshaw, the mainland of Australia could be seen clearly and it looks like very close to Kangaroo Island. I wonder whether someone tries to swim across the sea between them. The ferry also takes about one hour to arrive at Cape Jervis. I write down my flickr address on the small notes and send to the members.

It's great to join a nice tour with a nice guide and nice members, but we may never meet each other again after the separation.

I feel quite tired as I go back to Adelaide YHA. With a very simple churry pasta, I study my itinerary tomorrow.

Because I've visited most of the attractions in Adelaide city, I plan to take a look at Hahndorf. 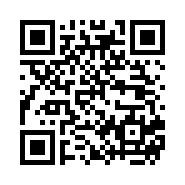