After the trip around Takayama, we are going northwards to Kurobe and Tateyama.

The name "立山黑部" is always confused to the tourists who don't study the information by themselves.

Is that only one attraction? Where is Tateyama? Where is Kurobe? They don't really understand.

Precisely speaking, I think the names for the attractions in this area should be decribed more completely as "Tateyama" and "Kurobe Gorge".

Tateyama is a mountain with a route called "Tateyama Kurobe Alpine Route" which is sometimes abbreviated as Tateyama Kurobe (立山黑部). The "Kurobe" here means the Kurobe Lake and Dam in the east part of the route.

As for Kurobe Gorge, it's a gorge with a famous railway while Kurobe is actually a city in Toyama prefecture.

If you want to go to Kurobe Gorge, you may take the train from Toyama via Kurobe city, but Kurobe and Kurobe Gorge are not the same.

Anyway, Tateyama and Kurobe Gorge are the main attractions in Toyama prefecture, and therefore we will go to Toyama first for transferring.

Because the train to Toyama is not frequent and we prefer the direct train, I watch the Japanese cartoon in Zenkoji for a preiod of time.

In Taiwan, we do also have the Japanese cartoon with the language in Chinese, but the progress of the story is not the newest one as Japan.

So, the waiting time for me is not boring at all. The train arrived at Toyama around the noon. Before taking the Toyama regional railway to Unazuki, the first station of Kurobe Gorge Railway, we have a short visit in Toyama city.

There is a Toyama Castle Park with two museums, not far from Toyama station.

You could take the tram there for only 200 Yen.

Toyama Toshin Line (富山都心線) is one of the five tram lines in Toyama.

The tram stop "富山駅前" (Toyama-eki-mae) is in the middle of the main road in front of the Toyama Regional Railway station (not JR station).

It only takes a few minutes to reach the stop "丸の內" (まるのうち) which is next to the park. Oshizushi could be found in the shops of JR station while Toyama shrimp and Kōsui pear are avaiable in the supermarket below the building of Toyama Regional Railway.

Oshizushi is a kind of sushi, not common in Taiwan.

It is a pressed sushi from the Kansai region, a favorite and specialty of Osaka.

Sushi rice is placed in the wooden mold with toppings, such as fish meat or vegetables, and then the lid of mold would be pressed down to make the sushi compact.

For me, Oshizushi tastes fine but I prefer Nigirizushi (握り寿司) that is always my favorite sushi.

As for the pear, it's really nice and juicy. It's recommended to buy some for your journey. The castle you see in the park is not a real castle but a museum called Toyama Municipal Folk Museum (or Toyama Local History Museum).

In another corner, you may find Toyama City Sato Memorial Museum.

These two museums sell the common ticket for both of them with a discount.

Major collections are exhibited in the 3rd floor, so it won't take a long time to look around.

However, you could undertand where the real ruins are and the real scale of the original Toyama Castle.

In brief, Toyama city center was once the region of Toyama Castle and the park is mostly the center of the castle called "本丸" (ほんまる, Honmaru).

On the observatory, you could see the surrounding of Toyama city but the steal wire is an obstacle for photograpging. If you have a empty day in Toyama, you may want to search the ruins, such as the stone wall close to Sato Memorial Museum or the canal behind the Folk Museum.

The park is not a good place under the big sun, so we visit Sato Memorial Museum to keep away from the hot weather.

Sato Memorial Art Museum was opened in 1951 along with the establishment of a foundation by the late Sato Sukekuro who was an entrepreneur and master of the tea ceremony.

The building and his private collections were devoted to the goverment as a public museum in 2002.

Except for the paintings from the Edo period and Chinse, you could see the relocated tea rooms and a shoin-style guest room from the Sato residence. After the short visit of the museums, it's time for taking the regional railway to Unazuki.

While waiting the train, I try the lunch box with many Toyama shrimps.

The shrimps are all raw, but the flavor is not strange.

If you could accept sushi, I think it's fine to taste the raw shrimps.

Of course, you can apply the soybean source or the Wasabi. Getting on the regional train to Unazuki, the slow pace of the train offers a leisure time for observing the countryside scene along the way.

Unazuki is the start of Kurobe Gorge Railway and also a hot spring resort.

Arriving at the station, there is a hotspring fountain to show how rich the hotspring is. The public bath is at the top floor of the hotel.

Although you could watch the scenery through the big window, staying in the spring is a little too hot.

In the room, the gorge trains on the railway are still working.

The dinner is served in another separated restaurant.

It looks rich with Tempura, Sasimi (fish & shrimp), Miso soup and other dishes.

Among these dishes, the squid with black source is my first try. It tastes a little salty with a strange flavor. In the morning tomorrow, we go for the gorge railway after the buffet breakfast in the hotel.

I suddently find a beautiful maple tree in front of the railway musem.

Though it's the only one, it's quite treasurable for me to see a colorful maple in summer.

Inside the station, the information will tell you the status of these attractions.

Sometimes, some attractions by the riverside would be prohibited dut to the security, especially in the rainy days.

The ticket could be bought directly at the counter, but it's recommended to book online during the peak season, early spring for snow scene and autumn for maples.

By the way, Kurobe railway is the sister railway of Alishan Forest Railway in Taiwan since April 20th, 2013. The train has three kinds of coach: standard, second class and first class.

I would recommend the standard coad which is the open carriage.

Windows are not good in the hot summer, and you have to pay an extra fee for second and first class coaches.

Running slowly through the valley, every scene is green in your sight.

Someone may prefer the colorful autumn scenery but it's still nice in summer.

While passing the tunnels, you could feel the cold air inside that is pretty good in the hot day.

Of course, you have to sit in the standard coach without windows. Kurobe gorge is one of the deepest gorges in Japan.

Thus, Kurobe river with great and rapid water is an ideal place for setting power stations.

The construction of Kurobe Dam and power stations was the first purpose they built the railway, just as Alishan forest railway which was for deliverying wood.

Because there are also rich hot springs in this gorge, this place became the public attraction and the railway is open to public.

Just as I told before, the tourists could get off the train at twon stations: Kanetsuri and Keyakidaira.

The attractions in Kanetsuri are only two, Mannenyuki and the Riverside hot-spring bath.

Mannenyuki means "ten thousand year old snow" that a semi permanent snow in the opposite bank of Kurobe river.

Sometimes, the snow could last through the summner, but the scene is not so good while I see it as the train stops here.

As for the riverside hot-spring bath, that is an open hot spring where the water is bubbling up through the rocky riverbank.

The pool is made from stone and just located beside the river. Without any facility and shelter, you need great courage to be watched by other tourists while sinking in the water.

Even so, I really want to try such a open hot spring in Japan. However, this hot spring is closed due to the big water of Kurobe river. That is a pity.

Since the riverside hot spring could not be accessed and the snow is not attractive, we decide to visit Keyakidaira only. The time we arrived at Keyakidaira is still early, so the tourists are not so many.

Getting across the long red Okukane bridge, we head for Meiken hotspring and Babadani hotspring.

Hitokui-Iwa is a cliff after you pass the Okukane Bridge.

The name is derived from the face that looks like to eat people, and the trail we pass is a huge mouth. The trail to Meiken is along the river.

Except for the green mountains and plants, the scenery is just fine.

Because the altitude is not high, I feel a little hot.

In less than one hour, we reach Meiken hot spring and have a short break here. Meiken hot spring is a small accommodation but is one of the secluded hot springs in Japan.

In such an isolated valley, the hot spring here is really an open-air hot spring that you could watch the mountainous scenery without windows but also be proteced by shelters.

The online booking is available, so you may arrange a overnight stay here to enjoy this isolated hot spring. Heading to Babadani hot spring, it's another long trip and the ascent become obvious.

I could not image why someone want to stay in such an isolated place.

If you really want to do so, remember to store your luggage case in Unazuki station.

In the middle, we meet the car of Babadani hot spring, they seem to deliver the goods to their place.

However, some part of the road is damaged and could only be passed by foot.

It should be very tiring to carry heavy goods on their own, and we return to the station for other attractions. Another route from the station is for visiting the riverside viewing platform and Sarutobikyo Gorge.

The viewing platform is close to the station.

There is a foot bath on the platform that many tourists are waiting in a line.

A hot spring accommodation is also available nearby.

In fact, there is also a riverside hot spring here but is closed for the same reason as Kanetsuri. Sarutobi-kyo Gorge is about 15 to 20 minute walking from the latform.

At the observation deck, you could watch the rushing river flowing through the steep cliffs of the gorge.

This place is the most narrow part of the main stream of Kurobe River.

It's said that even monkeys could jump across the river at this location.

That is why this place is named as "Sarutobi" (Saru means monkey, and Tobi means fly). Around one o'clock in the afternoon, our trip is finished.

The station is crowded with numerous tourists, and so are the restaurant and food counter.

If you want to have a lunch here, you have to wait for almost 40 minutes.

It's recommended to bring some refrements by yourself and have the late lunch while coming back to Unazuki.

I know that someone might stay in Toyama and have a daytrip to Kurobe Gorge.

This itinerary is reasonable but the transportation between Toyama and Kurobe Gorge would be tiring.

For me, I prefer to stay at Toyama tonight because there is a direct train to Tateyama in the morning. 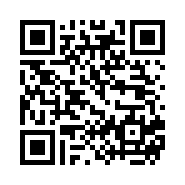