Around eight o'clock, the bus arrived at Santiago bus station.

The seat is quite comfortable, so I slept well.

We left our big luggage as we return to the hostel La Casa Roja, and then come back to Alamenda bus station for today's trip. In my original plan, our trip today should be the Valparaíso, a city famous for the drawings on the buildings.

However, Valparaíso is also a dangerous seaport city where you have to watch out for pickpockets.

Sometimes, the robbery is also possible if you're alone and walk in the manless area.

For me, Valparaíso is not a necessary attraction on my list.

Whether the Art or the old building is always admired by some people but disregarded by others.

Therefore, we choose to visit the Meruda museum in Isla Negra. Safty is always my first consideration.

The ticket to Isla Negra could be bought from Tur-Bus ot Bus Pullman and the price is about 5500 pesos.

Remember not to bring big luggage with you, otherwise, the driver will not agree to drop you off at Isla Negra for the bus could not park on the roadside for long.

While waiting the bus, we try a local dessert, Vaso, which is the sweet water with cereals and peach.

The small one sold in the station is 850 pesos, but would be cheaper if you buy from the vendor on the street. According to the guided book, the bus to Isla Negra takes about 1.5 hours.

It also take about two hours going to Valparaíso from Santiago.

As the bus reach El Quisco, the traffic jam delays us for half an hour before arriving at Isla Negra.

It seems that the beach from El Quisco to Punta de Tralca is a very popular area for tourists.

There are lots of people and cars and the one-lane road is not enough for the busy transportation. If you don't know the location of the Neruda Meseum, you just ask any tourist for "Casa Neruda" and you will get the direction.

The admission is 4000 pesos. Due to the limited audio guide, you have to wait for their calling after you register your information in the office.

Basically, the three Neruda museums in Santiago, Valparaíso and Isla Negra are both visited like this.

Of course, there is a online reservation on the official website.

The Neruda museum in Isla Negra is the biggest one of all with a great view of the sea.

This place was originally called  Las Gaviotas but renamed by Pablo Neruda as Isla Negra which means the island with black rocks even though Isla Negra is not a real island in Chile. He is a famous and rich poet in Chile.

Actually, Pablo Neruda was the pen name but became the legal name later.

Except for the role of a poet, he was once the diplomat and politician.

His writing styles are various, and he won the Nobel Prize for Literature in 1971.

According to the history, he died because of the cancer.

If you are interested in his extraordinary life, the information could be found on the web. Though Pablo Neruda owned three houses and many collection, he was not born in a rich family that his father was a railway employee and his mother was a school teacher.

When he was only eleven, he composed his first poems, and published his first work in the local newpaper as he was thirteen.

Because his father oppose his interest in writing, he adopted the pen name for his work. The most important collections kept in this house are related to the sea, such as figure heads, retort of sails, ships inside bottles, seashells and etc.

These collections are not the treasures but the reflection of his interest.

In the first building, you will visit the living room, restaurant, bedroom and the bar.

Figure heads should be the special ones and this scene is availble in the postcards.

There are a small bell tower and a ship in the outdoor space between two buildings.

When entering the second building, you will many masks and  ships inside bottles.

I like the ship inside the bottle very much, especially accompanied with the background of the sea.

The small room is for the memorial of his childhood.

As for the paintings, most of these paintings are from local artists and some are given by his firends. The final is Neruda's graveyard facing the sea.

Though the coast is rocky, many tourists are playing there.

Finishing the visit, we have our lunch in the restaurant nearby.

Since we visit Neruda's house, it's for sure to taste the drink he likes.

It tastes strong with the flavour of orange and I only could drink one-third of it. Leaving the museum, Shan watches the mosaic bottles in the vendor along the main street for a while.

However, the glass stuff is quite fragile for bring home.

We take the Bus Pullman returning to Santiago. The ticket office is not far from the vendors.

Because of the Coquetelon, I sleep all the way on the bus until we arrive at Alamenda station. The next day, because Shan has to take the flight in the evning, we go to another Neruda Museum, La Chascona, in Santiago.

Taking the metro to Baquedano and then walking toward the San Cristobal Hill,  La Chascona could be found in any guided map and the location is near the hill.

According to the information, La Chascona is the nickname Neruda gave his secret love.

As we arrive, there is a guided tour at 11:30 in English. Because the house is quite small, the way of visiting the house is different from Isla Negra and the number of the tourists in one group is about 11. Compared with the Neruda's house in Isla Negra, La Chascona is a small house built by the hillside.

The house is interesting in the design. It's not an enclosed building but built with many rooms connected by outdoor paths.

It's said that this house is inspired by the tree house that relfects Nruda's taste of life.

Therefore, the collections are not so much as Isla Negra. The most are paintings and some are the interesting handicrafts.

By the way, this house was once on fire. After the repair, only a few collections are still kept here for tourists.

Anyway, I think the design of the house is much interesting than the collections. After the visit, we walk toward Chilean National Museum of Fine Arts.

Except for some statues in the ground floor, most of the collections are paintings.

Actually, I'm not so interested in these but the exhibition of the photographs in the basement is fine. We only stay at the museum for a short time and then look for our lunch around the Plaza del Armas.

This restaurant just as shown above provides big meals for the reasonable prices.

I order Chorrillana for only 5010 pesos.

It's quite rich with chips, fried onions, beef cubes and an fried egg. Afterwards, Shan exchange her Chilean peso for dollars at the store around the plaza.

Plaza del Armas is a popular area with many toruists.

Around the square, the Main Post Office, the National History Museum and the Santiago Cathedral are the famous attractions here.

Besides, there are also many vendors, shops, even the department store and the iPad shop.

However, I prefer the natural scenery than the man-made buildings. Due to the hot weather and Shan's flight, we return to the hostel around 3 p.m.

That's why I didn't come back to Santiago during the raining days in Pucon.

Maybe I have to find the attractions I'm interested in Santiago for my last day.

By the way, I find the "Hola" on the bottles of Cola.

Everyone says Hola everyday, and maybe the Coca Cola wants everyone to drink Cola everyday. 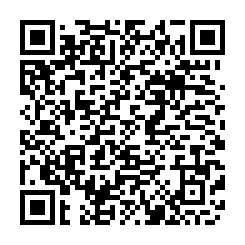