Although the ferry arrived at Puerto Montt around 4 a.m, the tourists leaves the ship after the breakfast around 9 a.m.

Yesterday, the staff introduced about the attractions around Puerto Montt included the Chiloe Island.

The red buildings that I could see around the port is the recommended place, Angelmo. Beofre going to Puerto Varas, I spend some time walking toward this market.

Except for the seafood and vegetables, you could also find the shops for cheese, clothes and hadicrafts.

Angelmo is actually a group of small shops and restaurants just as Mercado Municipal in Punta Arenas.

The restaurants deon't open at this time, so I just look around for a while and then walk toward the bus terminal.

Around Angelmo, the scenery of the port may be nice for the photographer. Walking for about twenty minutes, the bus terminal of Puerto Montt is an obvious new building that you won't miss.

It's the first bus terminal I see in Chile. Inside the station are the ticket windows, internet cafe, cafeterias and  various shops.

Because Puerto Varas is not so far from Puerto Montt, the transportation is the Mini Bus.

You don't have to buy ticket from any ticket window and just follow the sign to the location where the mini buses park.

The bus will show its destination on the front window.

It takes about 30 minutes to arrive Varas.

While entering the streets of Varas, you could drop off anytime as you wish if you know where you are and which location is the proper you need.

The first main street that the bus entering Varas is San Francisco, and then the bus will turn right at Del Salvador street where you could find the bank. I think this place is a proper location for getting off the bus. Before Shan arrives here, I go to the hostel first.

According to the map, this hostel is not far from the plaza and is also close to the bus offices.

However, the real location is out of my expectation a little.

It's not so bad but this hostel is on a small hillside.

Actually, the surroundings of the plaza are all the hillsides. Except for the location, the hostel is really good if you compare the kitchen with other hostels in Argentina.

There is a dining room and a living room.

By the way, two computers here could support the display of Traditional Chinese.

The room is clean with big lockers. Of course, the bathrooms are fine.

The host breeds a lovely dog. I like this hostel. Afterwards, I walk to the plaza for the lunch and the bus tickets of the rest journey.

JAC is the bus company I choose after my studied all the bus information.

The time, the route and the location of the bus terminal are all the important factors.

I buy the ticket from Puerto Varas to Pucon and the night bus from Pucon to Santiago.

Due to the leisure seats of the two-deck night bus, the total price for two ticket is 47100 pesos.

In Chile, I didn't try the night bus so I want to try the best seat at the best row. As the tickets are confirmed, I walk around the lake and the streets nearby.

Puerto Varas is a small town that the popular area whith shops and restaurants could be visited in a half day.

Maybe it's too cloudy, I don't see the volcano behide the lake.

Though the tourists are a lot, the scenes around the lake is not so attractive.

However, you finally could see the electronic store.

While I finish my hamburger lunch, I go to another bus terminal waiting for Shan. Since Varas is a small town, it's no doubt that the big bus could not enter the streets crowed with people.

Thus, the bus terminal is located on the edge of the twon.

Besides, there is no central terminal for all the long-distance buses.

Sometimes, a terminal is only shared by two to three companies.

Such as the Bus Norte that Shan takes, the bus will arrive at the terminal of Cruz del Sur. (Bus Pullman is also the same).

As for JAC, the station is located at different place of Tur-bus.

The weather is hot. I drink the big Cola waiting for a long time.

Around two o'clock, the bus arrived. It's said that passing the border took a long time.

The Chile border office asked many question, included the confusion of the R.O.C.

Though Shan passed the border finally, it's too complex to face these anoying questions.

I really think that "Taiwan" is better than R.O.C for recognition.

The name of the country is not the main issue. If most of the people prefer Taiwan, why couldn't we just use Taiwan as our representation? I lead Shan to the hostel very efficiently and then the main affair is waitinf for us.

Around the Lake District, Puerto Varas is only one of the twon around Llanquihue Lake.

Other backpackers also recommend Frutillar where you could see Osorno volcano, thus we get on the minibus toward Frutillar in this hot afternoon. Taking minibus is only 900 pesos that is cheaper than joining the tour.

While you see the beach beside the lake after the long drive, Frutillar is reached.

The beach is better than the one in Varas, so the tourists are much more as well.

Behide the lake in Osorno volcano which looks very similiar to the Fuji Mountain in Japan. The weather is quite important for watching the volcano.

I think it's also possible to see the volcano in Varas since the weather becomes sunny.

Walking along the beach, there is an opera house at the end of the beach.

If you want to escape from the sun, there is a shadow area behinde the opera house. Because it's really too hot, we buy the ice cream with the sweet friut flavors.

It's cosy to watch the scenery of Osorno volcano while eating ice cream in the shadow.

Keeping absent-minded for a while, it's time for returning to Varas.

The Minibus parks in one of the streets along the beach.

No one could tell you the schedule, so control you time by yourself.

By the way, Frutillar is also the German settlement in Chile.

Just as Handorf in Australia, there are still some old fachwerk buildings in Frutillar.

The most obvious feature of the building is the exposed timber frame.

A museum in Frutillar is such kind of fachwerk building, you may visit it as well.

Though most of the modern buildings are no more the fachwerk buildings, I think it would be a attractive feature if all the houses are built in the fachwerk style. When we're back to Puerto Varas, Osorno volcano is shown with another Calbuco volcanon at rhe right.

Compared with the scenery in Frutillar, Osorno looks smaller here and the beach is not better than Frutillar.

However, it's another viewpoint and it's fine to watch the volcano in different places.

Anyway, it's a good suuny day that we don't miss thsi beautiful scenery in the Lake District.

We look around the restaurants nearby the lake for our dinner.

Shan wants to find the fish soup though most of the restaurants only have the fish steak.

Finally, we find a restaurant called Miraolas which you could see the sign along the lake. I order a grilled shrimps with spicy garlic oil as the shared appetizer.

This oil is also suitable for the bread.

The main dish is the fish soup for sure.

They have two kinds of soups that are only different in the ingredients.

One is full of various shellfishes and a kind of fish, and another is bascially the fish with some clams.

The fishes in two soups are different but both tasty in the borcht soup which is quite good for accompanying with the rice. Except for the big-portion fish soup, we also order green salad.

Afterwards, it's a nice time to look around the lake at sunrise.

The cloud is like a wall that becomes higher and higher as the time goes by.

It also like the curtain that tells us the volcano is also off work. 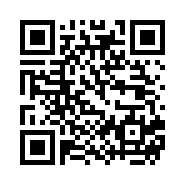