I watch Uluru and Kata Tjuta in the morning for the last time.

They are the guardians of this red-soil kingdom standing firmly far away.

Today I will fly to Melbourne, my last city in Australia.

As the journey comes to the end, I treasure the time more. Taking the transfer flight to Alice Spring, the flight to Melbourne is supposed to arrive before three o'clock in the morning.

When I arrvie at the Yulara airport by the free shuttle from the resort, I look around the souvenir shop for a while.

Though I don't buy anything, Kangaroo Jerky catches my eyes. I'm lucky to have a window seat at the left side so that I could see the salt lake "Lake Amadeus" which looks like mud pool in the thermal region.

According to the information, the surface of Lake Amadeus is usually the dry salt crust. It's the largest salt lake in Northern Territory. However, it's not pratical to harvest the salt because the location is remote.

I wonder if there is a tour visiting this salt lake. It reminds me of another famous salt lake in Bolivia, Sala de Uyuni, but it's impossible to have a budget travel in Bolivia because the Visa application for Taiwan is a big problem.

It would be great to watch the wide salt crust.

Before arriving Alice Spring airport, the landscape of Finke Gorge is also impressive when watching on the sky. About 11 o'clock, I come back to Alice Spring again and I meet a member of the Uluru tour.

It shoule be a good news to meet someone who has travelled with you before.

However, there is also a bad news about the transfer flight to Melbourne.

「The flight will delay due to the fog」

What！That's terrible！The departure time is delayed for about three hours.

It means that my walk in the Melbourne city this afternoon is impossible.

How to kill the time in the airport? Except for a bookshop, only thing I could is to eat.

The hamburger is as delicous as the one I ordered in the restaurant of Cradle mountains.

But my favorite should be the chips that is better than all the chips sold in fastfood restaurants of Taiwan. Because of the delay, I arrive at Melbourne in the night and it still takes time to go to Metro YHA.

I'm not quite sure why did I choose Metro YHA as my accommodation in Melbourne for its remote location from the city center.

Maybe the night view is the reason and the distance to the city center is about 2 km.

I sometimes walked home from the train station for about 2 km. That shoud be easy for me.

However, the streets in Melbourne city are not flat as I arrive at the central bus station.

The 500-metre walking to the tram stop no.55 at William street makes me pretty tired.

Dragging the luggages along the ascent is a mistake.

After getting off at the stop no.9 (actually,  stop no.10 will be better), I walk for another 10 minutes and finally reach the hostel. Due to many reasons, the day today is passed in the boring transportation.

Fortunately, Metro YHA owns a restaurant and it's still open.

I order a pasta and a soup in the restaurant and consider the day tours I will join in the next three days. The first tour in my mind is the Great Ocean Road.

There are four companies available at the desk of YH: Great Sights、Wildlife Tours、Eco Platypus Tours、Autopia Tours

Among these companies, Wildlife Tours should be the best choice of all because it's a small group tour.

However, the trip tomorrow was already full. So, I finally book the tour of Great Sights.

Besides, I also book the tuours to Mt. Buller and Puffing Billy.

Though I will lose a day for walking around the city, I really want to watch snow before I leave Australia.

After everything is done, I take pictures of the night view at the top floor as the end of the day.

(If this building could be higher, the scene would be better. Other buildings around the YH are anonying when photographing.) 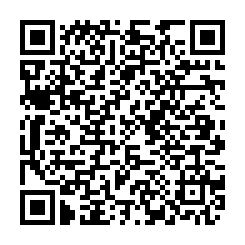