The night of Lake St.Clair was cold. Because I sleep too early, it's not so comfortable to go to the washing room located in another building. About six o'clock, I wake up after fourteen-hour sleeping.

The weather today seems to be better than yesterday. Before leaving Lake St.Clair, I go to the viewing point for watching the scenery once again. Although there is still the fog around the mountains, the lake is very poetic and painting-like under the affaction of the morning sunlight. I stand alone beside the shore, listen to the sound of the wave, and watch for the change of sunlight. At this moment, I feel very peaceful.

When I go to the car park, two tourists seems to start their day to Mt. Refus.

I'm really regretful that I don't have an extra day to stay here for the unseen beautiful scenery. It takes about three hours driving to Hobart from Lake St.Clair. The road condition is good and you could find some sheeps when you pass through a small town. By listening to my MP3, it makes me feel fast that I have reached Hobart city.

I say goodbye to my lovely white car in front of the rental office and go back to the same YHA I stayed one week before. The weather of Hobart becomes pretty bad. It's cold and cloudy and the temperature is about six degree. After I booked the shuttle to the airport tomorrow at the receiption of YHA, I look for a glasses store to fix my glasses. It's so kindly that the staff fix my lost nose pad for free. In this final afternoon in Hobart, the only place I want to visit is Sandy Bay. The bus fare is 2.5 AUD for a single way and you should ask the driver to drop you off at the correct stop. There are many restaurants around the street and the Coles supermarket is also here. Passing through the streets in the residential area, there is a dog park by the beach at the end of King Street.

Because the weather bad, people around the park are few and the scenery is not good at all.

Except for the sea gulls, only some dogs are playing happily in the park.

I walk along the Quayle Street for returning to the bus stop.

It's strange that the cherry blossoms outside the house have bloomed in the winter. Returning to Franklin Square, I decide to visit the gallery and museum around here. Though I really don't like to stay at these places, I get nowhere better to go and I don't want to sleep early again.

I'm not so interested in Art but I still spent sometime here watching each artwork in a slow pace. As for Tasmanian Museum and Art Gallary, they pack some of their collections for re-designing the rooms.

It's free for visiting and will not cost you too much time.

By the way, they provide unisex bicycles for rental and you could rent a bicycle just by filling some information. Except for the equipments and works of a natural photograper, the most impressive thing for me is the black-and-white vedio introducing Tasmaina Tiger.

Tasmania Tiger has the formal name "Thylacine" but his skin make him looks like a tiger.

Tasmania Tiger is also called Tasmania Wolf, Tassie Tiger or the Tiger. They lived in Australia, Tasmania and New Guinea once and disappeared in 20 century.

The Tiger in the mainland of Australia have disappeard two thousnad years ago, bur before 19030s, they still existed in Tasmania. Because Tasmania Tigers are harmful to the sheeps, they were killed by human. In addition to the hunting from human, the competition with other foreign-introduced animals, diseases and many other reasons made these Tiger also disappeared from Tasmania.

You could look at the symbol of Tasmania, the two animals are Tasmania Tiger. Anyway, my time is finally spent in a way not so interesting and exciting. I really feel that a journey is ended.

No matter how boring I am today, I will fly to Adelaide tomorrow and I think that new journey would be very excellent. 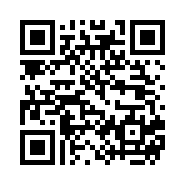