Six o'clock in the early morning, the sky is still dark and there is an hour before the sunrise.

I walk to the Echo Point for the second time to watch the sunrise of Three Sisters.

Sunrise or sunset is not only a moment in a day, but a serial of time. Thus, you have to wait and watch the slight differences of the light and shadow. So I stay at the Echo Point for at least thirty minutes.

But I have to say that, the sun and the Tree Sisters are at the same direction in the morning, so it's not a good time to take a good photo of the Three Sisters. The sunset of Three Sisters is much better than the sunrise.

In order to take the sunrise, I try many times, but I don't think these photos are quite good. Maybe I need a ND graduated filter. Finishing the only activity in my plan, I stay in the Hostel until 9 o'clock.

According to the information, I would like to walk from Katoomba to Leura by the tracks that leads to Leura Cascades and Gordon Fall, then I will take the train at Leura station to Sydney. This trip may take about four to six hours.

In most of the case, backpackers in Taiwan would tell you to take the railway in Scenic World, have a short walk in the forest, then take the cableway back to the top. If you want to see the waterfull, katoomba waterfull is also near there.

However, I don't like to do the same thing as others do, unless there is no other choice better than this.

When I saw the picture of Leura cascades in the brochure, I know that would be great to take photos there. You could get the color map of Katoomba at the YH which would tell you every walking tracks in the Blue Mountains. If you want the PDF file, you could download it on the Blue Mountains Attractions (http://www.bluemountainsattractions.com.au/). This map is quite usefull of all the maps I get.

So, I plan to walk the blue line I drew on the map. It starts from the YHA and heads to Leura Casacdes.

Then, I will walk the track or the street road to Gordon Fall (Pink Line is the actual one)

The final section is the green line that leads to Leura train station.

Before departuring, I send my first postcard in Australia. I'm not sure whether I walked too much stairs in the caves, my left knee seems to be hurt today.

That's really a bad news for the walking. In order to release the pain, I have to walk slower than usual.

Though my knee is hurt, the only good news is that I still have plenty of time today.

It's fine even if I crawl all the way to Leura.

Walking slowly in the forest is very enjoyable, especially the weather is sunny and not so hot.

You may watch some unknown birds and look at the mountain view in the specific lookouts.

Even the knee makes the walking not so comfortable,  it's not so important now. Leura Cascades, if you follow the boardwalk, you will not miss the platform to see the best view of the cascades. I put my camara on the tripod and try different sets of configurations to take the pictures.

My friend says that I could learn how to use the black card to get a better shoot, but I'm still very happy that I could take photos in front of such a beautiful setting. Because of my hurt knee, as I arrive at Bridal Viel Lookout, I go back to the street of Leura.

It's much comfortable to walk on the flat road.

The houses here seems to be good, and so is the whole cummunity.

On the way to Gordon fall, the trees have bloomed! The local says that the flowers come early.

Though it's a little strange, it's nice that I could see some beautiful flowers in the winter season.

As I reach the entrance of Gordon Fall, a two-deck red shuttle bus comes towards me.

It's a pity that the bus doesn't stop at many locations and the schdule is not very frequent. A short walk to Gordon Fall Lookout, you could only see a very very thin waterfall far away from the lookout.

Therefore, it's recommended that you have a 200mm ~ 400mm telescopic lens. Otherwise, you have to spend more time following another track to the waterfall.

Except for Gordon Fall, this place is also another location to watch Three Sisters.

I think this lookout should be the proper place to watch the sunrise of three Sisters, and the valley scene is as good as the scene of Echo Point. About two o'clock, I arrive at Leura train station after a walk from Gordon Fall Lookout for an hour.

So, I just spent five hours finishing all the walking from Katoomba YHA at a very slow pace.

In the night at Sydney, I only take some pictures around the Opera House, and then stay in the hostel.

My knee is still painful, or I would like to walk to Mrs. Macquries Point.

But I've already had a thought to find the best viewing point for the Opera House and Bridge tomorrow.

According to the postcard, I guess I need to take the ferry to the north shore. That should be a deck around there at where I could find what I saw in the postcard. 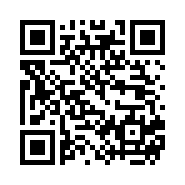