Photographing is a complex, interesting but also frustrating subject you have to learn and pratice endlessly.

Everyone observes the world with his own perspective and everyone is different.

A master said, it's the eye of the photographer.

Besides, the pictures took by different people also reflect their personalities.

Some are delicate and some are crude.

It's hard to learn from books and you have to observe things with your eyes.

If I could, I also want to study photographing in the school.

It's better to learn from thousands of poor pictures, though I sometimes have nice works with good luck.

Anyway, photographing is fun for me and I enjoy a lot.

The time I stay in Ilulissat is quite long, especially it's the summer.

I'm looking forward to record everything in this town with icebergs. I have a same sailing tour in the morning. There is no special reason why I join the same tour twice.

I just want to observe icebergs in different periods of a day. Otherwise, the scenery yesterday is almost perfect.

However, the weather in the morning seems bad. It's cloudy.

Before the departure time, I take a small walk toward the church.

The houses around here are the new-style mansion which look much like the student's domitories.

It's still colorful but not beautiful anymore. There is a large field of cottongrass in front of the church and the flwoing ice is the background.

The Zion's Church is one of the major places in Ilulissat. It's said that you could see the rituals dring the festival time.

Though the cloud is gray, the scene is not so bad.

By the way, there is also another church in the town but that is a normal house with the cross.

While walking back to the office of World of Greendland, it's time for departure. It's no doubt that the scenery in the cloudy day is very sad while we sail toward the icefiord.

Even the icrbergs look great for their shapes, the pictures are not beautiful with the gray cloud and sea.

The worse is that it starts raining and the weather becomes pretty cold.

Thanks to the balnket provided by the staff, or I might get a cold after I come back to the harbor.

You may understand why I stay at Ilulissat for a week.

No one could tell you the weather is good or bad.

Fortunately, I've enjoyed a good day yesterday, so I'm not so upset by this rainy weather. Finishing the sailing, the first thing while coming back to the hostel is to take a warm bath and then wash my clothes.

As for using the washer and dryer, the cost is 20 DKK. You just put the 20-krona coin and then start the machine. I've tried the dryer and the time you can use is more than 2 hours.

However, if you want to save the money, you could dry your clothes by hands and then hang the clothes in the room. The T-shirt will dry easily in a day.

Even the internet is quite expensive, I still access tothe web for a while and tell my friend my lucky day yesterday.

Maybe the computer is old, it's quite slow to open a page. I've never be so patient just as I used the dail-up 56k modem a long time ago. Before the time for the helicopter tour in the afternoon, I drink a cup of Latte in the shop nearby.

It reminds me that my firend and her friends often find the coffee shop in South India.

I realy want to tell her that my Arctic coffe is much expensive.

After writing the postcards, I put them into the mailbox in the office of the tour company, and then it's the great time to watch Ilulissat Icefiord on the sky.

Actually, the weather becomes sunny in the afternoon. Otherwise, the flight will be cancelled. Ilulissat Icefiord is in the south of Ilulissat town and runs west 40km from the ice sheet to Disko Bay.

It was declared a UNESCO World Heritage Site in 2004.

At its end is the Jakobshavn Isbræ glacier, also called Ilulissat glacier. It flows at a rate of 20m to 35m per day, and prduces about 20 billion tones of icebersg every year.

Someone may confuse about the Ilulissat Icefiord and Ilulissat Galcier.

You could watch the map above. The Ilulissat is a small town near the Disko Bay, therefore, if you walk along the track, the scenery you see is the icebergs of the Ilulissat Icefiord. It's hard to watch the glacier because it's quit far away from the town.

These icebergs are large and they are so many that they gather together and make the fiord looks like a glacier.

While these icebergs are delivered to the open sea, they will travel north and then turn south to the Atlantic Ocean.

Due to the Global Warm, it's said that the ice in Greenland melts at a faster speed than before and the icebergs also become smaller.

We could image that if the earth get warmer continuously, the glacier will fade and therefore could not produce lots of icebergs as before. While the icebergs get fewer, they are unable to stop the winter snow flowing outward to the open sea. Finally, the icefiord will become a normal fiord without any icebergs.

Anyway, I want to observe the whole icefiord and the glacier on the sky.

It would be a wonderful experience! The helicopter departs from the Ilulissat airport.

From the window, the scenery is quite awesome. The glacier in New Zealand is only a stick while compared with the wide Ilulissat glacier. Even the ice cap in Iceland is not so spectacular as the Greenland ice sheet.

I just wonder how amzaing the scenery would be in Antarctica.

We stop at a high location for resting about 30 minutes. It's a good position to enjoy the nice view and take photos.

Though I could take photos in the heliopter, the window makes my pictures terrible.

During the time we stay, it's interesting that a group of Koreans singing a famous Korean song, called "Alirang", in front of the icefiord. I could not tell you how I feel while I watch the awesome scenery.

Even we only stay here for a short time and the cost is quite expensive, it's really worth.

I know someone will give up this tour due to the price, but I could tell both of you proudly: this is why Ilulissat Icefiord is in the list of UNESCO World Heritage Sites. On the return, I seems to have a nice seat that my pictures look better.

The ice sheet, the glacier and the icefiord form a white world.

If you are not so familiar with the definitions of them, it's really hard to distingusih what you see.

The tall and huge glacier, the endless snowy field, the crystal-clear blue water and the boundary between the icefiord and Disko Bay could only be experienced on the sky.

Walking along the icefirod is nice, and so is sailing toward the icefiord.

However, they are different from each other.

I'm really happy and glad that I've enjoyed them all. After this wonderful tour, I take a rest in the hostel until six o'clock.

Yes, the Greenlandic buffet is waiting for me.

By the way, my lost luggage was delivered to the hostel in the afternoon finally.

Though it might be lost again while I fly back to Taiwan, I don't have to worry about it before the return day.

As I walk to the restaurant "Mamartut" in the evening, the football game is playing.

I think I choose a perfect period to visit Greenland.

The Greenland Championship is running during the week I stay. It's surprising that I find a polar bear skin while I have my table in the restaurant.

I only know that there is a skin in the Kulusk airport.

The guests are so many that it's recommended to make a preservation in advance. My first dish is the reindeer, fried catfish, smoked halibut and a bread.

The reindeer tastes similiar as the feef, sturdy but not so juicy.

The sliced reindeer also taste nice. As for the fish and bread, they are always safe for their tastes. The second dish is the Musk Ox, crab, smoked salmon and the halibut.

Maybe the source is too heavy, the taste of Musk Ox is stronger than the reindeer.

It's not bad but I like the reindeer more.

The crab is good and the halibut is a common fish in Greenland. Actually, my purpose is to experience the Greenlandic foood. If I want to eat a lot, I have many spaghetti.

Of course, maybe I eat these dishes very slowly, I feel full.

Well, the upper left is the whale. It's also strange as I ate in Iceland. I struggle against this small peace for a long time.

In order to balance the strange taste, I choose the fried redfish as the next.

However, the seal liver should be the most strange food I have ever eaten.

Though I ate the chicken liver and pig liver in Taiwan, they are not so strange as the seal.

Someone said that seal is the chicken of the sea but I don't think so. The seal liver is too strong.

As for a small bowl of the stew, it contains the seal and vegetables.

The seal is too greasy thay I could not finish this stew at all.

The final two are the reindeer and the lamb. Anyway, it's a fine ending.

Though I still could eat the bread, fish, crab and other normal foods, that is not what I want to do here. After the dinner, I take a small walk toward the icefiord via the board walk.

Staying at such a wonderful place with many icebergs is really nice. Walking becomes an interesting thing.

Besides, the Greenland dog is also my favorite. I like dogs a lot. The scenery at the end of the board walk is still amazing, even I've experience so much about the icefiord and icebergs.

The only thing I could not realize is the heritage of the old settlement, Sermemiut.

I didn't find any one and the surrounding is only the grass and the stones.

While I'm on my way back to the hostel, it's the dinner time for these dogs.

They seems to be in a hurry for their food and are barking loudly.

As this moment, you will realize they are not only the pet dogs. 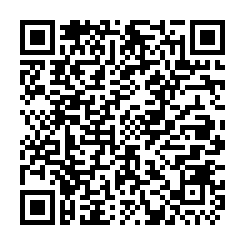