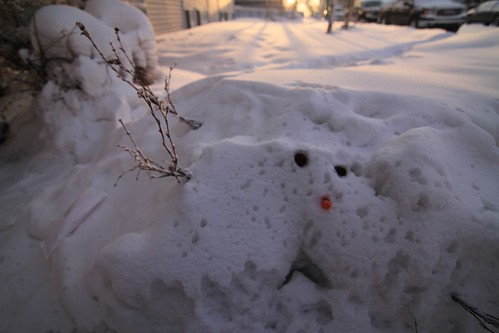 When I chose our accommodation in Yellowknife, I checked the website of the Discovery Inn. Some of their suites seemed to be equipped with small kitchenettes.

Thus, I thought that we would had a small kitchenette in our room but actually we didn't.

In addition to a microwave and two coffee makers, there were no self-catering facilities.

So, the packets of instant noodles and the seasonings we had seemed useless.

Maybe other rooms had kitchenettes but it was my situation for real ours certainly didn't.

In order to save money and enjoy my instant noodles, I bought an additional bowl for instant noodles at the supermarket. Hopefully, this bowl could be re-used for the same purpose later. 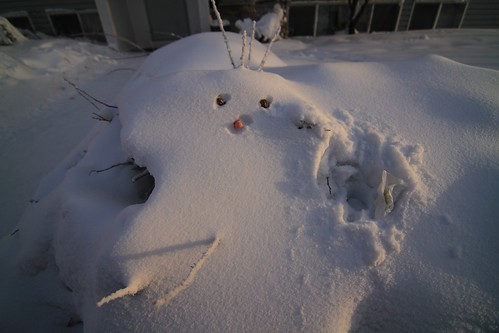 It was quite lucky that one of our friends met some Taiwanese tourists, and we could have dinner together in their suite as my friend returned their tripod.

Well, it was a good chance to use my seasonings.

On the first night, I prepared a spicy vegetable stew flavored with my favorite Kinmen(金門) spicy sauce.

In my city, spicy hotpots (麻辣鍋) are very famous.

I loved this stew but it seemed unacceptable for others.

By the way, one of my new Taiwanese friends showed his Northern Light pictures in which his body appeared bare to the waist.

We were very surprised that someone really did this because the outside temperature is often under -30°C during winter.

It was too crazy!! I thought I could only show my face for a short moment. 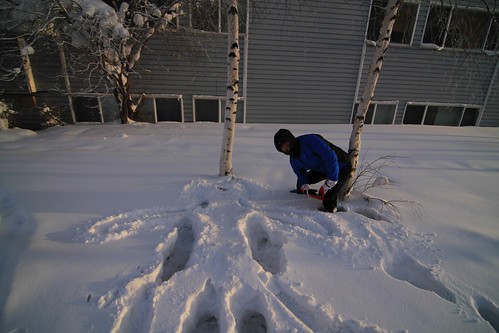 On the second night, I prepared a curry stew with potatoes and chicken.

I was quite satisfied with this dish as it was my first try.

The microwave made it easy to prepare potatoes in a very short time. After that, I just cut them into right-sized chunks, and stew them until they became soft.

I thought some vegetables could also be prepared in the same way as the potatoes.

Well, if I had a kitchen in our room, I would try cooking borsch though the recipe seems a little complex and the preparation is also time-consuming.

After dinner, we played an interesting game: spraying the hot water outside!

During the freezing winter, if you do this outside very quickly, the hot water will become snow instantly.

I recommend trying this interesting game in Yellowknife. 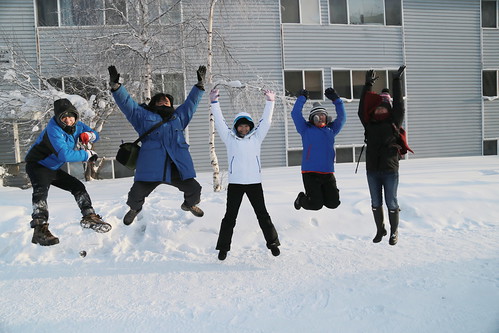 In addtion to these two nights, and we also had another breakfast together prior to their departure.

That morning, we attempted to make snowmen but failed because the snow was too powdery.

Does anyone know how to make a snowman in such a condition?

Anyway, we jumped again for our last photos with these new friends.

I didn't know why my pose was so strange, but I looked like a bear.

By the way, we visited a diamond center nearby.

Though the prices there were cheaper than most city shops, the prices still seemed high to me.

I would rather spend my money on traveling or something I really want. 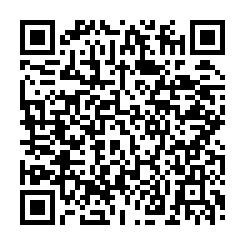