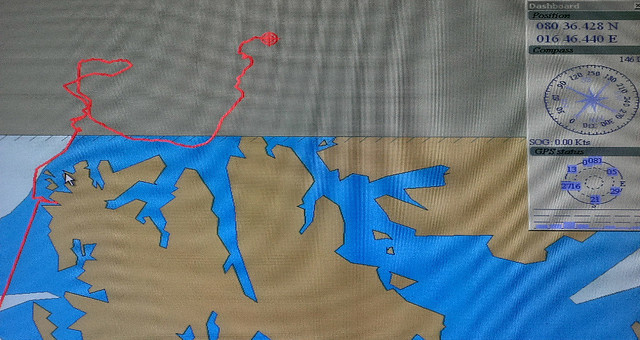 Due to the pack ice, we headed to the south west and try going further east today.

In the morning, we reach the pack ice at the latitude of 80°36.4' N that is the furthermost north position in this expedition.

There is a screen near the reception showing the sea map, our route and the coordinate.

The Arctic is fantastic since human explorered this unknown territory hundreds years ago.

It's beautiful but also dangerous.

We meet our second bear still in a distant location

This bear is waiting for the seal surfacing from the ice hole just as told by the Discovery channel.

I really have to show my repect for such a great TV program that they explorer most of the fantastic areas for all the people.

Unfortunately, the bear miss the chance to catch a seal. 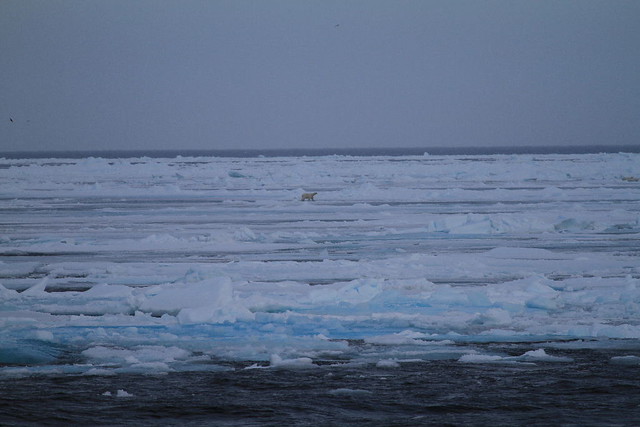 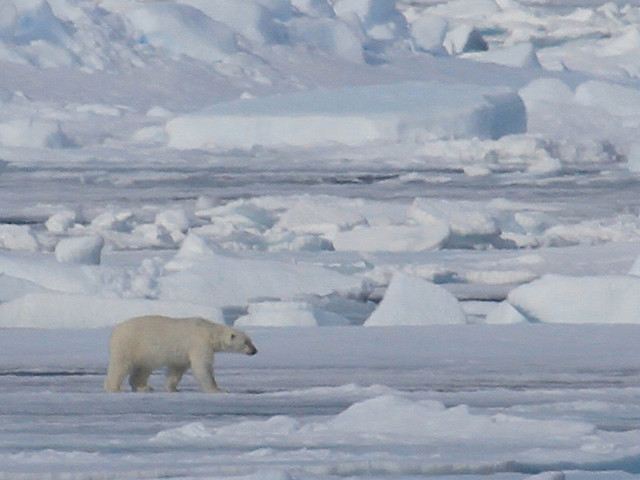 During lunch, we encounter the third bear.

This time, the bear is much close to us, though there is still several miles away.

No doubt, the dot is bigger to be watched by eyes.

While I enlarge the photo, I'm quite excited with the best work I have. 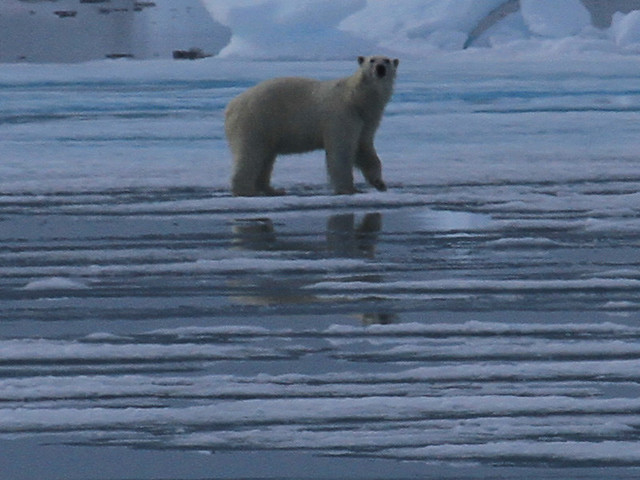 Among serveral pictures I took for this bear, I'm lucky to catch the moment while the bear turns its head to look at our direction.

How do I do that? Actually, I could not observe the actions of the bear clearly by eyes or my camera.

While taking photos of moving animals, I usually turn the mode to continuous shooting (3 to 7 shoots in a second depending on your camera)

With the help by the nice focusing system (quick and correct), even the flying bird could be catched.

I'm quite satisfied with this picture...

I've done what I want to do in this expedition: To see the gaint King of North Pole in its kingdom, the Arctic.

Not everyone could do so, except for watching the Discovery.

Since it's a great chance, I also record a short vedio about the bear walking ion pack ice.

After that, I check for all the works to find the best views.

By the way, there is a serial of pictures telling a funny story about a polar bear encountering the ship.

That was found on the website "Let Me Feel Good" and the image could be watched here: Good Buy Polar Bear.

In the afternoon, Paul talks about ‘Islands at the Top of the World’ and some of the history of Svalbard as we have already spotted the forth bear.

How many times could we find the bears? I don't know, but it's for sure that we're lucky.

After the lecture, the staff spotted a seal carcass which means there should a bear as well.

No, not a bear. It's two bears, two resting bears satisfied with a good meal...

Unfortunately, I only find one. If the bear fell asleep, it's quite hard to seek it out.

Anyway, we find the bears for five times. Six bears are all on pack ice. That's awsome!

Maybe there is also the expedition missing the bears for the whole journey.

Maybe no one could promise you that you will for sure to see at least one bear.

Finding so many bears is not only due to the luck, but also the professional work by the crews. 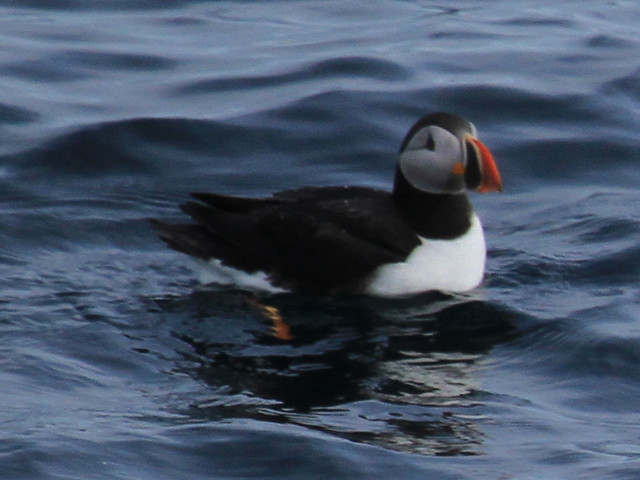 While I watch my photos, I also find a nice scene of the puffin.

The image showed aboved was cutted to focus on the puffin.

That is not so fantastic and clear, but the best one I have until now.

I always wish to come back to Iceland again for photographing of puffins.

It's also said that lots of puffins are available on the Isle of May in the Scotland region.

No matter which place I will visit in the future, I will get a better telescopic lens first. 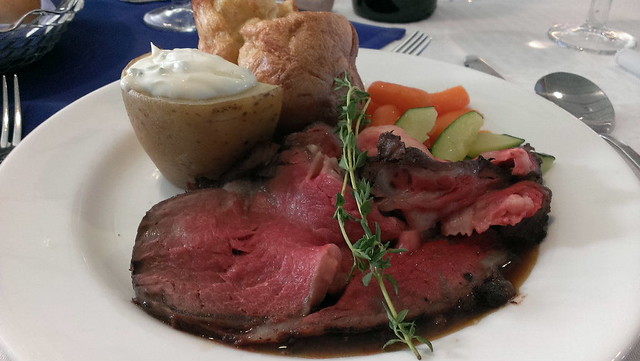 Once again, my delicious dinner.

The beef seems to be raw, but is really tasty.

I just get an image of the second bear missing its seal. He might hate me if he see my dinner. 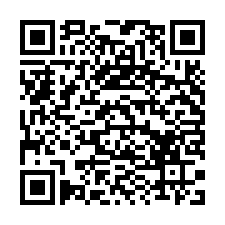