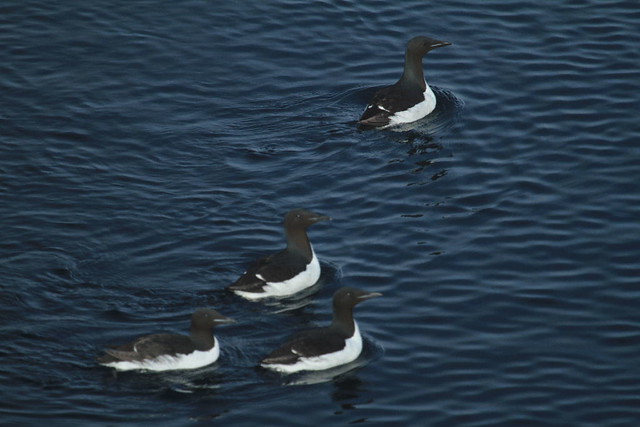 The second day, the ship is trying to approach pack ice as we passed the latitude of 80°N.

However the fog delays us throughout the morning.

The lecture about photography by Roie is really good. He is a photographer from Isreal.

I also like to read the photography books for better skills, though not all my photos are as great as theirs.

Because there is nothing to do to spend the time, chatting with others is always necessary.

Some of the guests on this expedition also have great travel experince, even including Antarctica.

We have another lecture of 'Polar Bear' by Frank.

Someone may think that my English should be good. Sorry, I stiill have to study more and harder about English.

There is always a new word I have to stock in my mind.

By the way, as I buy my first smart phone, the dictionary and translater are really helpful. 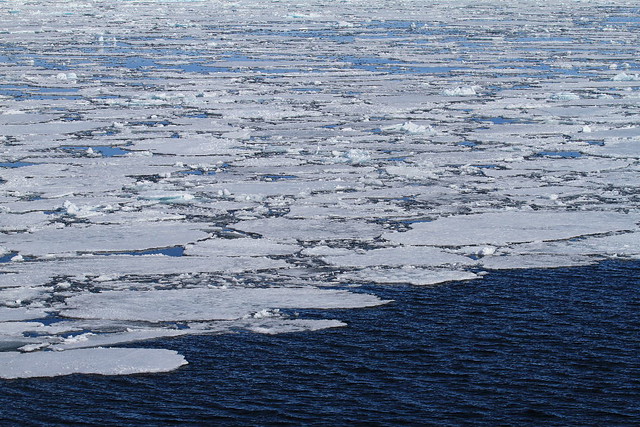 After the lunch, the weather finally become sunny with a clear blue sky, and we also reach the edge of pack ice.

The latitude now is 80°28’N and this position is about 570 nautical miles away from North Pole!

Except for the ice breaker, we are further north than any ship.

I know it's possible to reach the North Pole by the helicopter.

However, only the GPS could prove that you really reach it.

The pack ice looks the same everywhere and I don't think that there is any flag, building, or specific landmark which you could take a photo with.

So, it's not meaningful to do such a crazy thing.

We are already at the top of the world. 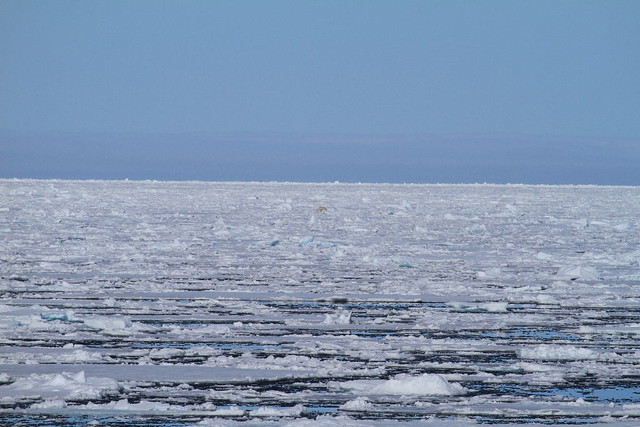 In the meanwhile, something lucky happens!

Yes, it's a polar bear!! The first bear spotted on pack ice is really distant from us, but I still feel excited.

The distance betweem the ship and the bear may be serveral miles, so that the bear is actuallu like a small yellow dot on the background of pack ice.

So, looking for the bear is the same as the bird watching.

Just image that you are searching a green bird in the forest. What would you do to find it in a short moment?

Well, though the scenes of pack ice at any location looks the same, there is still a difference or a feature to designate a specific position.

With the direction told by others, you just seek for the strange view by binoculars or the telescopic lens of your camera.

Sometimes, the movement of the bear is the best sign for seeking.

When you find the bear, remenber the features and the direction of the background so that you could find again very easily. 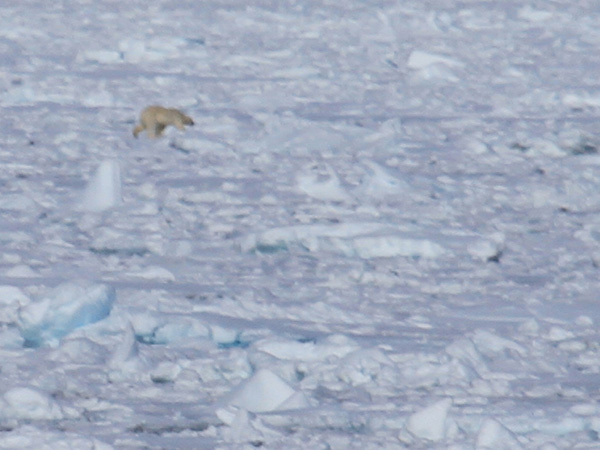 Because of the long distance, my Canon 100-400mm lens could not get a clear picture of the bear.

That's really sad~~ Even I enlarge the photo, the bear is still blurred.

As for Roie, the photographer, he takes great photos of the bear by the 500mm lens with a 1.7X extender that is equal to 850mm.

Wow, that is really excellent but also very very expensive for me.

Someone may think of the digital camera with high magnification such as Canon SX50.

I also have this kind of digital camera while I don't want to bring my heavy bag.

But the resolution and the slow focusing will also depress you.

Due to limited space of the carry-on luggage, I didn't bring that camera with me. 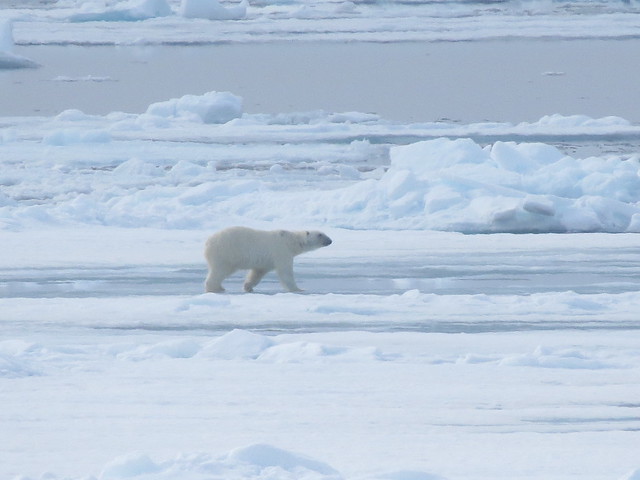 The photo above is shared by the Gadventure photographer, Rueben.

You may know clearly about the difference of his photo and mine.

I really want to buy better equipments before photographing the wildlife next time.

Even though, it's exciting to see the polar bear on pack ice, in the Arctic.

That is totally different to find bears in other places, such as Churchill where you could watch the bears very closely on the tundra buggy.

When you find the bear by yourself, the feeling is really great.

By the way, the polar bear is moving very quickyly on pack ice that we could observe its movement while seeking for it.

Do you know how fast the polar bear is?

According to the information, the polar bear could sprint for a speed up to 40 km/h. As for swimming, its speed is 10 km/h.

I have seen a TV program introducing the danger of polar bears.

If you get watched by the bear, it would be very fatal even you drive the snowmobile.

The polar bear is for sure the King of North Pole, and also the fastest FAT guy in the world~~

That's why I love the bear so much. 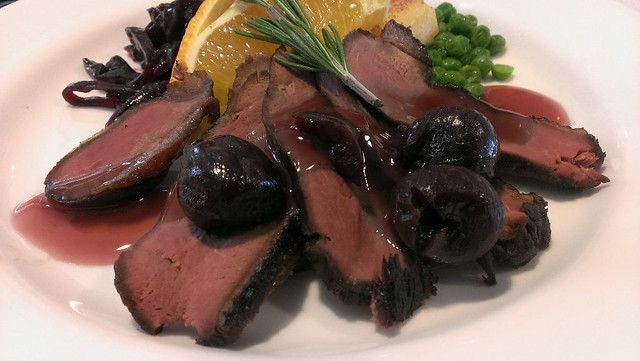 Let me show you my delicious dinner as the ending today.

The duck breast with cherries brings me to the wonderful world of the French cuisine.

I hope that we could find more bears in the following days. 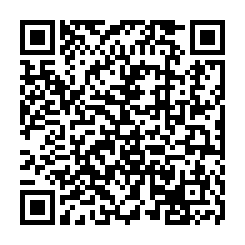