The travel should be what I expected the most in my life.

In July 2013, a famous drama master passed away.

His father had told him: "If we could do one thing well, then we would have successful lives".

For sure, master Lee followed his father's words and truely became a successful and impressive person in Taiwan.

Maybe travelling is also a kind of careers that someone wants to prove his success by doing something great, such as travelling around the world.

It's said that there are at least 194 countries in the world.

Unless you have great fortune and time, I don't think anyone could complete such a great mission.

So, what they're thinking of travelling around world is just circling the earth.

Someone in Taiwan also prefers to ride or walk around Taiwan for a circle.

However, I really wonder how could they experience the beauty of Taiwan by just a circle.

Of course, travelling should not be restricted in some forms if you feel great during your trip.

I mean, we don't have to prove ourselves by doing something great.

I've never published any travel guided book nor appeared in any TV program as a travel master.

No matter what I have done, I always think that I'm just a normal and nameless person in my country.

I'm not a man with special talent, but I enjoy every long journey abroard every year.

Collecting flags is not what I concern about.

The most important thing is, I really consider travelling as an important part of my life, and I'm sure that I will insist on it.

Living your life well without regreat, and then we are all successful people for sure.

Someone may be dreaming of his future after his retirement.

Unfortunately, most of them forget that their lives are unpredictable.

Even they really get retired, they might not make their dream come true for some uknown reasons.

Someone may do travelling for an year or more while they are still young, so that they could make sure that they will not regreat after getting a job, buying a house and having a happy marriage and a family.

But I really wonder how could you give up travelling if you really love it.

For me, I don't want to do so even until now.

My travelling is what I really want to do well in my life.

Though there are so many countries in the world and I could never be the one who really travel around the world, it also means that travelling is endless to me.

This year, my destination is Norway.

The region I want to reach is at the latitude of 80 degree probably.

After Iceland and Greenland, it's my third time entering the Arctical area.

One year before, I've booked the expensive cruise trip starting from Svalbard.

I have to say that I'm not rich but alwyas save money with all my effort.

Actually, I still think that joining such an expensive cruise trip is an unbelievable thing to me (and my bank account)

Even though someone said that it's hard to find polar bear in the summer, I still want to try.

Besides, I also chose two great attractions in Norway I could afford: Lofoten Islands and Geiranger fiord.

Just as the journeys I had before, I feel quite exciting for my journey this year. 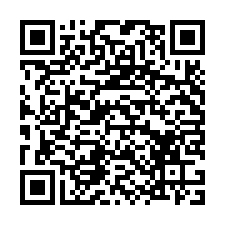