In the early morning, I see the sunlight through the window.

The weather is fine today but I have to leave today.

Walking to the Arctic Circle Viewpoint, the scenery is good.

However, the row of mountains in the south are still hidden behind the cloud.

At eight o'clock, I catch a taxi to the airport. My last destination in Greenland is Kangerlussuaq. In the Sisimiut airport, there is a graph showing the geology about different periods.

Except for the form if the implements and the raw material, the placing in the landscape could also tell the archaeologists the age of their finds.

Greeland was pressed down by the ice during the last ice age. When the ice began to melt, the land rose.

Therefore, the settlements where Saqqaq people settled 4500 years ago are found as much as 15 meters above the seal level, instead of by the sea.

It means that the archaeologists could start their research down by the beach and move up the ridges until ending up at the settlements of the Saqqaq people. Because the tourists are all on the plane, we depart earlier than the scheduled time.

Of course, we also arrived at Kangerlussuaq eariler.

The town of the same name is located at the head of the fiord.

The Kangerlussuaq International airport dates from American settleent during and after World War II, knowd as Bluie West-8 and Sondrestrom Air Base.

Except for the international airlines to Denmark, Iceland and Canada, the flights to other towns both depart from here. For example, if you want to fly to Sisimiut from Ilulissat, the plane at Ilulissat will fly to Kangerlussuaq, and then you take another plane from Kangerlussuaq to Sisimiut.

The air transportation is quite important for Greenland people. Tourism is only a part. The most important purpose is to deliver the sick people to Denmark for better treatments.

In addition, Kangerlussuaq owns diverse terrestrial fauna, including muskoxen, caribou, and gyrfalcons. You might see the skull of the Musk ox hung on the outside wall of the house. Old Camp Hostel is my accommodation in Kangerlussuaq today, which is located 2 km west of the airport.

They provide transportations to and from the airport, and there is also a bus line operating regularly around the town.

I prefer to rent a bike for looking around the town and going to the supermarket. Unfortunately, these bikes are all malfunctioned.

Because the tour to the ice cap will depart two hours later, I decide to prepare a very simple noodle soup with the rest ingredients I have.

It reminds me that I also prepared this kind of noodle soup in Melbourne before. At that time, I didn't have free time going to the market and I was also tired after the day tour.

It doesn't matter. This is only the lunch and I could have a meal in the airport after the ice cap tour.

Besides, I will fly to Copenhagen tomorrow. It's indeed not good to buy large portions of ingredients now.

By the way, the Old Camp hostel provides the breakfast. They also provide wireless internet but I don't find any computer in the building. As the map you see above, Kangerlussuaq is a small town but with tours to the Russel glacier and the Ice Cap Point 660.

You may wonder why I choose to visit here since I've gone to Ilulissat for a week.

I just want to step on the ice cap, and if possible, I also want to join the tour for watching Musk Ox.

Russell Glacier flows from the Greenland ice sheet, with the front 25 km east of Kangerlussuaq.

This active glacier advance 25 meters every year and is popular due to easy approach.

Going further to the edge of the ice sheet, Ice Cap Point 660 is the place you could reach inland ice so easily.

Because I've experienced the glacier walking before, I choose to join the ice cap tour today.

After all, the Greenland ice sheet is the second largest ice sheet in the world.

As for Musk Ox, it's noted for its thick coat and the strong odor emitted by males.

Musk Ox, or Muskoxen, primarily live in Arctic Canada and Greenland. There are also small introduced populations in Sweden, Siberia and Norway.

During the summer, muskoxen live in wet areas, such as river valleys, moving to higher elevations in the winter to avoid deep snow.

In Greenland, Musk ox don't have major threats and most populations are within the national park where they are protected from hunting. Kangerlussuaq is one of the preserves.

Therefore, you visit Kangerlussuaq in a correct season, you might find Musk Ox nearby the town at where they could find the water.

I also ask about the musk ox tour in the morning tomorrow. However, the bad news is musk ox move to other region far away from here. It's sad that I seem come here too late.

Maybe, August is not a good season for watching aninamls. Getting on the high-clearance bus to the ice cap, the tourists on this are all the Danish except me.

Thanks to so many tourists, I don't have to worry about this tour.

Actually, when I queried the tour six months ago, the travel agent said there is no tour on the day I want.

It means that the ice cap tour is really popular in Kangerlussuaq.

As the bus stop at the airport for picking up the guests, I see the coat of a misk ox.

If there is a live one, I would appreciate more. Due to the road condition, it takes about two hours to reachthe ice cap.

The scenery along the way is quite amazing. It's really a "Green Land" even though most of the territory is still covered by the ice.

Because I'm the only one guest who don't understand Dansih, I have my seat beside the driver.

The driver, also our guide, introduces the surrounding with a microphone and then speak directly again in English to me.

The view in the front is good but it's a little bumpy.

About the green land, it's said that they try to plant the plants from other countries with the similiar weather conditions, such as Canada, Siberia.

If the global temperature keep warmer, Greenland may be a really Green Land in the future.

In South Greenland, it's already possible for farming now. When getting close to the Russel glacier, the land become a wide desert.

You may see the strange river nearby.

Actually, the strange part is the mud flown by the river from the valley.

Around the town, especially the harbor, lots of mud were deposited here and form a special scene.

It's also good to observe this scene on the sky. Driving for about an hour, we take a rest nearby the remains of the aircraft at where you could already see the Russel glacier.

The distance to the ice cap is quite far, but the scenery is changable. Finally, we reach the ice cap after the long trip.

Of course, the scenery along the way will never let you feel bored and we do take pictures as we wish.

At the end of the road, we have to walk for a few minutes, and then we're on the marvelous ice cap.

Compared with walking on the glacier, it seems safer to walk on the ice cap.

Due to the summer temperature, you could see streams formed by the melted ice. In the half way, there is a bamboo stick which is for the measurement of the depth of the ice cap.

You might notice that the color of the specific section is lighter and then you will know the difference of the depth between winter and summer.

Walking on the ice cap is muck like staying in the desert, an ice desert.

The surface is not the same as the glacier. So, that's why I choose the ice cap tour. The guide wants to show us a waterfall. However, that waterfall seems disappear now.

We only see the deep hole and a big stream.

At this location, you could realize that we're on the big ice, not the ground.

Though the surface looks muddy, the ice cap is still thick. We walk on the ice cap for about an hour and then it's time for return.

If you think the time on the ice cap is too short, the only way is to book the hut of the Ice Camp Eqi in Ilulissat and join the tour to the inland ice.

I really wonder how the scenery will be in the far of the ice cap.

Anyway, I finally step on the ice cap at least. That's fine for me.

We take another rest in front of the Russel glaicer for a hot drink.

In Greenland, the glacier is always beautilful in colors and it's not the dirty ice.

The whole tour ends at 6 o'clock in front of the airport. I'm quite satisfied with this excellent trip. Because I don't want to buy any ingredient, I order a "Musk Ox" hamburger in the cafateria of the airport.

Well, though I don't see any musk ox in Kangerlussuaq, I eat the musk-ox burger at least.

This burger tastes like the beef burger. If you're not aware of the meat they used, you will never know that is a musk-ox burger.

Someone also recommended the Cafe Nordley located in southwestern of the airport which is a cafe with American-style decorations.

The bus also goes there but you have to catch the bus before six o'clock.

I don't want to walk there, and thus, come back to the hostel after the meal. Tommorow will be my lasy day in Greenland. The time passed so quickly.

The room is quite hot but the window is fixed.

After staying in Greenland for many days, I've get used to the cold air.

Though it's hot for me, staying outside is not a good idea. It's windy.

If possible, I really want to do something more before I leave Greenland tomorrow. 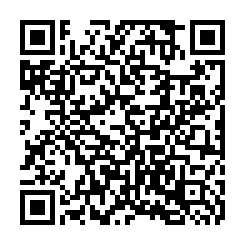