Because of the rainy day, I slept a lot and therefore wake up around 2 a.m.

It's my first time watching the dark night in Greenland.

Most of the time, I used to sleep at 9 p.m and the sky was still bright at that time.

While I woke up, the sun has already risen. Thus, I didn't see the dark night in Ilulissat before.

In the country with the sunset at about 11 p.m, the dark night may only appear between 12 a.m and 3 a.m.

Since I wake up incidentally in the night, I try to capture the night view of Greenland throught the window.

Besides, it's the only moment I use my tripod.

It's only a short fun as a episode of my dream. In the morning, the weather is still bad. Yes, it's still raining.

It means that my two-day trip in Sisimiut was messed up.

However, I don't want to sleep all day and thus I decide to take a walk in the rain.

The Sisimiut meseum is the only place I would like to visit.

Acoording to the information, the buildings of the museum are the oldest in the town, inclueding the blue church and the peat hut which is a reconstruction of an early 20th century Greenlandic residence with domestic furniture.

The collection includes tools and domestic items collected during 1902-22, paintings from the 1790s and etc.

There is also a remains of a kayak as an outdoor exhibition. Because the museum opens at 10am, I have plenty of time finishing my breakfast and walk toward the museum slowly.

From the red church on the hill, you could see this mountain town and the see nearby.

Besides, you could also see the buildings of Sisimiut musem including the blue old church, the yellow old house and a peat house.

The yellow old house was built in 1756 as a trading and whaling center in the Sisimiut area. It was moved to its current location in 1762.

As for the old peat house, it's actually built in 1993 as a reconstruction of a Greenlandic turf house from the beginning of the 20th century. Through its window, you might see copies of clothes, tools and toys inside the house.

I didn't find any information about the blue old church. It looks a little like a farmhouse. I really don't like to stay outside in a rainy day.

Holding an umbrella is not a problem but it's not convenient to take pictures.

In such a rainy day, the museum is indeed a good place.

This main building and also the ticket office was build in 1846.

After buying the ticket, you could watch the collections on the second floor.

These collections display the industrial development in Sisimiut including old pictures, items and architecture models.

I show some pieces interesting about the models and the ways of hunting seals. The first model shows the summer hut of Inut in the Thule period.

It's a very simple tent with a cooking area.

Because of the materials, the real remains were not preserved.

Just as the information I saw in front of the open air museum in Ilulissat, Inut would move their tents for the games. So, there is no specific location for building the summer huts. In 1800's, the house was developed to a complete turf hut with wooden intrior and windows.

It replaced the communal house from the Thule culture and was common in the colony of Holsteinsbord in the early1900’s. The 3rd model above demonstrates the frame of the yellow old house we see outside.

This trading and whaling center was built with wood and there are a smokestack and windows. As for the last one, it's the house belonging to the trading company in Napasoq, in which Gerth Lyberth lived as the settlement manager.

It was installed with modern facilities and furniture. Let's continue to the ways of hunting seals in Greenland. There are four ways.

The first one is to wait seals at the breathing hole on the sea ice.

I've watched the tv program of the Discovery channel. This way of hunting seals is the same way the polar bear do.

The only difference is that the polar bear don't use the spear.

Though selas could swim, they still have to breath. Therefore, it's only moment the polar bear could catch a seal easily.

However, seals are also very alert when they need to breath. It means that the polar bear or Inut have to act rapidly in seconds. The second is to wait on a piece of drifting ice.

I'm sure whether the polar bear do the same way or not, but it seems not a good way to find seals. The third is hunting seals by the kayak.

I'm a little curious about the speed of the kayak.

Could they follow the seal in the sea? It's said that seals could swim very fast. As for the last one, it is to wait at a promontory where the seal pass by.

Well, you may find that the ways of hunting seals are waiting and waiting mostly.

But the polar bear could do better than the human.

Except for waiting seals on a breathing hole, the polar bear could also find the seal hidden in the cave underneath the ice.

Sometimes, watching tv programs like this is quite useful.

No matter in which ways Inut people or polar bears hunt seals, the best season is always the winter. The collections are not many on this floor but I think it's not easy to collect these items.

Except for the models and information, the old pictures are also treasurable, such as the Inut people working in the factory. Beside the main building, another old house also display the modern collections of Greenland including the arworks, handiwork, designed clohthes, paintings and etc.

However, I'm not so interested in these modern exhibitions. After visiting the museum, I follow the map walking toward the Saqaaq remains: Teleøen.

According to the information, Saqqaq culture was a Paleo-Eskimo culture in Greenland.

It's the earliest known culture found in South Greenland and existed from around 2500 BCE until about 800 BCE. During the similiar period, there was also another culture called Independence I culture in North Greenland.

It's said that the Saqqaq people was related to native populations in northeastern Siberia.

After the Saqqaq culture disappeared, the Independence II culture of northern Greenland and the Early Dorset culture of the West Greenland emerged.

The Dorset culture was also a Paleo-Eskimo culture between 500 BCE and CE 1500 that preceded the Inuit culture in Arctic North America.

Unfortunately, they had difficulty adapting to the Medieval Warm Period and were later displaced by the Thule, who migrated east from present-day Alaska.

As for the Thule people, they were the ancestors of all modern Inuit. The Thule people expanded eastwards across Canada, reaching Greenland by the 13th century. "Thule" is the name originated from its location in Northwest Greenland, and renamed to Qaanaaq in 1953.

After Little Ice Age, the Thule communities broke apart, and the people were henceforward known as the Eskimo and Inuit.

Well, it's the brief introduction to the culture development in Greenland I found in Wikipedia.

The most important thing is the Saqqaq culture is not related to Inut.

On my way toward Teleøen, I don't find anything which looks like the remains.

There are only normal houses, dogs, and the oil tanks.

I think it's not so easy to be found unless you'are guided. I feel quite bored with walking in the rain. Besides, it's tiring to walk on the ascent before the hostel. Because of this ascent, I don't want to go outside again when coming back to the hostel.

During the lunch time, I chat with another tourist who comes from German. She also think that tourists in Sisimiut are few and most of the place, including the hotel, do not open on Sunday. However, the weather is quite good thay day.

I get nothing to do and thus sleep in my room. I really sleep a lot in these two days in Sisimiut.

Though the rain stops around two o'clock in the afternoon, it's still cloudy.

By the way, the computer here is better than the one in Ilulissat but the cost for the internet is still expensive.

In the evening, I take a walk toward the Arctic Circle Viewpoint nearby the hostel, which is the only place I don't have to face the steep slope. The view here is quite good, including the mountain Palasip Qaqqaa and the sea. It would be better if the weather is good for the sunset.

It's said that you can see a row of mountains in front of you on a clear day. (Unfortunately, today is not a clear day)

This row of mountains lie over 100 km away and the highest peaks on the horizon are called the Itilleq Mountains after the fiord and settlement located at their northern base.

Anyway, my two days in Sisimiut is reaching the end. Boring, Boring and Boring....That's all I could describe my days here. 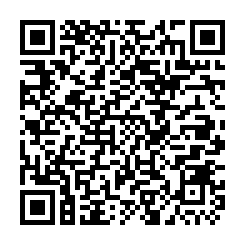