Today I will go to the next destination, Sisimiut, by the plane at 7 o'clock.

Suddenly, I wonder: Is it possible to call a taxi in the early morning?

This is a good question but I've never thought it before.

For example, it's fine to call a taxi around five o'clock in the morning if you preserve in advance.

As for other countries I've visited, they both have airport shuttles, trains or metros.

However, is it possible to call a taix in the early morning in Greenland?

About 4:45 a.m, I finished mu early breakfast and call for the taxi by the phone in the hostel.

Just as I worried, no one answer the phone, so it's impossible.

How could I do to go to the airport? The only way I think of is to walk toward the airport with my heavy luggage.

The distance is about 3 km. If my check-in luggage was lost forever or I didn't bring the big luggage, it would be fine to walk there.

Unfortunately, my luggage was sent to Greenland and it's pretty tiring to drag on luggage on the ascent.

There are few people on the street and so is the taxi.

I walk hardly for about 30 minutes and reach the Arctic Hotel. Well, the 5-star hotel should provide the shuttle for the guests.

Therefore, I have a slim hope of asking the desk for help.

This event tells you that "Do Not Take The Early Plane In Greenland, Unless You'ar Sure Of The Transpotation!"

Though I'm not the guest of this hotel and I'm ready for paying the fare, the staff is kind to let me take their shuttle to the airport because the guests going to the airport is only a few and there is a space availiable for me. Taking the plane to Sisimiut, I need to wait for the transfer flight at the Kangerlussuaq airport.

I'm a little curious about why did I choose the later flight after 4 hours?

Actually, there is another early flight to Sisimiut.

I've forgotten the reason but the truth is that I have to kill 4 hours in this small airport.

Except sleeping on the sofa, I've done all what I could do in this airport, such as writing the postcard, looking around the souvenir store, having another breakfast and chips.

By the way, if you have plenty of time for a short trip, you could store your big luggage in the locker for 30 DKK per day. In one of the souvenir stores, I notice that they sell the sealskin wristband.

There is also the information "Support the hunters" beside the wristband which catches my eyes.

We sometimes think by our ituition that it's cruel to kill the seal or other animals for the products we need which could be made of other substitute materials.

However, the correct concept in one aspect may not be right in another aspect.

Therefore, I read this information and tell you what I think about this.

Due to the animal right activities and the EU ban for the seal products, the market for sealskin of Greenland was destroyed and the living of Greenland hunters and their family were also threatened.

Therefore, if you could by the sealskin wristband in Greenland, you may help them.

Though EU provides "Inut Expcetion" in 2010 which allows Greenland's Inuts could sell sealskin in EU market,  most of the people in EU still refuse the sealskin.

Just as I told you before: We sometimes think by our ituition.

8 out of 10 Danish people are not aware of this exception. This concept stops the sale of sealskin in EU market.

You may wonder: Is this exception reasonable?

Actually, the seals in Greenland are numerous. The hunters only catch 150,000 seals from the healthy population of 16 millions.

Eve if they don't sell the skins for living, they still have to kill the seals because numerous seals will eat lots of fishes and the fishing is the most important industry in Greenland.

Protecting animals seems to be right, but not completely right in all aspects.

First, it's strange that we ban on hunting seals but we still kill cows, pigs, sheeps and other animals for the food.

Is this reasonable to show mercy to some animals but be cruel to others? How about the animal rights for the animals we eat?

I believe that there are some species of animals which are so few that we need to keep their population.

But seals in Greenland are so numerous. Why do we need to protect them?

That is not the mercy and Human is not God. The world has its own rules for all kinds of life.

There are some carnivorous animals and there are plant-eating animals.

That is what we call the "Food Chain" and the food chain should be balanced.

So, killing other animals for living is not the crime. This rule is perfectly correct for other carnivorous animals at least, except Humans.

While in the acient past, Humans didn't control the world like we do now. We eat plants and other animals, and sometimes we are also the meal of other animals.

Humans should not stay in the top of the food chian because we extend our population rapidly and safely by the weapon and medicine.

That is so terrible because it means that humans will need lots of foods and nature resource.

Can you image that there are 7000 billions of Tigers or Polar Bears in the world?

It's impossible. Because the population will decrease if they could not find enough food. That is another rule which balances the nature world.

Sometimes, lots of problems in the human society come from our large population, such as mad cow disease in America.

If we don't need lots of beef, we don't have to breed the cow in an unnatural way.

The problem is our population, not eating beef. Stop eating beef could not solve the problem because we will find more food from others.

Even if we don't eat any animals, we still need the plants at least and we have to occupy more land at where other animals live.

Someone may think that technology will solve all the problem.

However, I think technology may make the human world better but makes the whole world worse. Humans are selfish. We also think about the suicide problem in modern Greenland.

That is also a problem caused by ourself because we think modern world will make Greenland people lives better.

However, that is not the original way they live and the youngs kill themselves for numerous reasons.

Before modernization, the population in Greenland was few.

It's said that Inut women or elders would suicide if the food was few for everyone.

They hunted fishes, seals, whale, polar bears and other animals for living. Sometimes, they were also hunted by polar bears.

The polar bear was the king in the nature world of Greenland and other Arctic areas, though polar bears preferred seals.

That is the original world in Greenland but We borke it. We broke the food chain.

Polar bears are kept away from their own land and will be shot if they get close to the human community.

In such a condition, seals become numerous and that is why Greenland people have to hunt 150,0000 seals every year.

Maybe that is not a correct way for balancing the nature. It's the truth of Greenland.

So, who caused the problem? We, the humans who live in our modern world.

However, this paper lets me think a lot.

Before I travel in Greenland, I've studied a lot to know everything in Greenland and the most impressive is the suicide problem.

It's implied that modernization of Greenland seems to be the origin.

As a traveller, I think we should also realize what we might ignore while we are amazed by the stunning icebergs, glacier and icefiord. After the boring 4 hours, I finally get on my plane to Sisimiut.

Sisimiut is the secone largest town in Greenland.

The first inhabitants were the Inuit peoples of the Saqqaq culture, Dorset culture, and then the Thule people, whose descendants form the majority of the current population.

Except for artifacts, fishing is the main industry of this town.

Due to its year-around ice-free port, Sisimiut is also a shipping base for weatern and northwestern Greenland.

When you take the taxi to the hostel, you may see the biggest shrimp factory in the world beside the harbor.

Sisimiut is much modernized than Ilulissat and other small villages. The roads are better and there are also buses running on the streets.

According to the official website of Destination Arctic Circle, there are many activities such as city sightseeing, meeting the sledge dogs, hiking, whale safari and etc.

Whale Safari！Yes, that is why I come to Sisimiut！I want to see whales in Greenland.

While I studied the information about whale safari in Greenland, the traveller who has visited Greenland last year told me that it's not easy to find whale in Ilulissat in August and they came to AAssiat, the famous place for watching whale in Greenland. However, the excursion requires about 6 to 8 people.

So, Sisimiut is another place where I might join the whale safari served by World of Greenland Artic Circle (WOGAC).

Unfortunately, it's rainging today in Sisimiut. That is terrible.

After I left my luggage in the hostel, Sisimiut Vandrehjem, I walk toard the travel agent office.

The bad news is that I'm the only one guest in all the tours. The tourists are few in Sisimiut.

Besides, the weather is also bad for sialing.

I feel quite sad and then go to the supermarket for some ingredients. The only thing I could do in Sisimiut is to eat.

By the way, the houses in Sisimiut seems to be built along the hillside and the streets are very steep.

It's very similiar to Lauceston, a mountain city in Tasmania, Australia.

And Sisimiut is a mountain town beside the harbor, or the harbor town on the hill. Looking through the window, I get nothing to do and the worse is that I might be bored all day tomorrow if the rain continues.

As for this hostel, you should know one important thing.

The host is working in the daytime and only appears in the hostel between 4 p.m and 8 p.m

If you come here eariler before 4 p.m, you have to expect there is a guest who could open the door for you. You may wonder what coulld you do in Sisimiut except the whale safari.

Well, the 3-day skiing race in winter is a very popular activity in Sisimiut. The race starts from Sisimiut and ends at Kangerlussuaq.

It's also said that you could hike from Kangerlussuaq to Sisimiut for 9 days in summer.

You could follow the instruction hiking to the summit. The whole trip takes about eight hours and it's recommended to join the tour.

The map I found is quite simple. The green area is the airport and the red dotted line is the route to the summit. (This map is from：http://mappery.com/Sisimuit-City-Map)
Referneces: 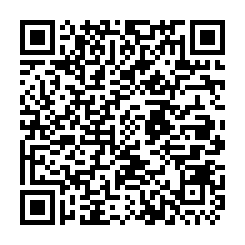